Teenage gang rob Portslade boy and punch him in the face

Police are appealing for witnesses to the robbery of a 17-year-old boy who was attacked in Portslade on Good Friday (April 3). 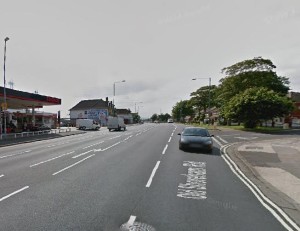 The victim was walking in Old Shoreham Road, having come from Applesham Way, when the attack took place at 10.15pm.

He was approached by a group of four white males, all aged 17-19, who demanded his mobile phone before threatening him. After he handed over his phone one of them punched him in the face.

Of the four offenders, one was further described as having short dark hair and wearing a grey tracksuit. Another was said to have lighter coloured hair and wearing a hooded top. All four walked off towards Southwick after the attack.

It is believed that prior to the attack the group had been sat outside the Texaco garage opposite Applesham Way.

Anyone who witnessed the incident or the group of suspects is asked to email 101@sussex.pnn.police.uk or call 101 quoting serial 1376 of 03/04. Alternatively, call the independent charity Crimestoppers anonymously on 0800 555 111.