Seven people have been convicted of blue badge fraud after being caught in a crackdown in the Brighton and Hove area.

They include a building society manager, a rest home director and two bus drivers.

All seven were prosecuted by Len Batten, of Brighton and Hove City Council, at Eastbourne Magistrates’ Court on Friday (15 May) – and all pleaded guilty.

In an eighth case the council withdrew the summons.

The council’s head of transport Mark Prior said: “These prosecutions send out a clear message that blue badge misuse is being addressed in the city.

“We will continue to work with Sussex Police and East Sussex County Council to crackdown on misuse of blue badges and ensure that people with disabilities can get to and enjoy everything Brighton and Hove has to offer.” 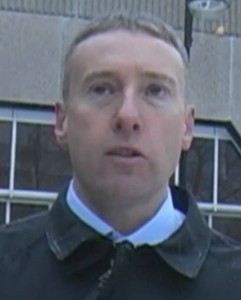 The funding is being used to help track down people who are misusing the badges which are issued to disabled people so that they can park more easily.

It is also being spent on raising awareness of how blue badges should be used and the consequences of blue badge fraud. Both councils provided additional funding of £30,000.

The council said that Brighton and Hove became the first place in the country to offer offenders the option of a community resolution order.

These are used to highlight the effects of depriving disabled people of parking spaces in a video, together with a financial penalty, instead of receiving a criminal record. More than 20 offenders have already completed resolution orders.

There are about 13,000 blue badges in Brighton and Hove and a further 24,000 in East Sussex. The Audit Commission has estimated that 20 per cent of blue badges are misused.

Funding provided by the Department for Communities and Local Government (DCLG) has funded two blue badge fraud investigation officers operating across East Sussex and Brighton and Hove to improve detection and share intelligence.

In recent years the council has worked with Sussex Police and parking enforcement contractor NSL on Operation Bluebird.

The operation targets stolen blue badges and highlights fraud. The DCLG funding has allowed the work to continue and be extended.