Heavily pregnant woman kicked in the head on Brighton seafront

Police in Brighton are searching for 25-year old Jamie Paris, who they wish to interview about an attack on a pregnant woman known to him outside a seafront bar. 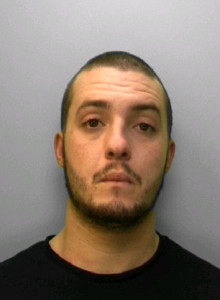 Shortly after 4am on Tuesday 7 April, the 27-year old heavily pregnant local woman had just left Volks Tavern in Madeira Drive, Brighton, when she was punched in the face, and kicked to the head whilst on the ground.

A 51-year-old woman has been arrested on suspicion of grievous bodily harm, and was later released on police bail until 29 July while enquiries continue.

The victim was treated for her injuries at the Royal Sussex County Hospital and was discharged the following day.

Police want interview Jamie Paris about this attack. He is described as white, 5ft 8in, of medium build, with black hair and brown eyes, and was last known to have been living at an address in Ashton Rise, in the Tarner area of Brighton.

Detective Constable Tom Perry said; “If you know where Paris is please contact us via 101@sussex.pnn.police.uk or call us on 101, quoting serial 108 of 7/4. If you see him please dial 999 right away.