The driver of a black car who stopped to help a 16-year-old boy who had been assaulted in Hove is being urged to come forward by police. 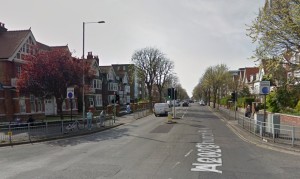 The Good Samaritan is thought to be called Reuben but officers have no other information. The incident occurred at around 5.30pm on Saturday 23 May.

The victim, a Brighton boy, had alighted from a 49 bus and was walking along the B2066 New Church Road, Hove, when he noticed he was being followed by four youths of a similar age.

One of them punched him, causing facial injuries, and tried to drag him down an alleyway in nearby Aymer Road.

The kind-hearted motorist saw the victim in distress and drove him home.

Police have arrested and interviewed a 16-year-old Brighton boy in connection with the assault. He has been bailed while enquiries continue.