An 18-year-old from Brighton has been rebailed by Sussex Police as they continue to investigate the Bestival music festival ticket fraud. 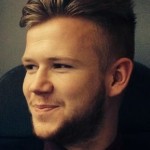 Sussex Police said: “An 18-year-old man from Brighton, arrested on suspicion of fraud by false representation in relation to ticket sales for the Isle of Wight Bestival music festival in September, answered bail on (Tuesday) 10 November and has been rebailed until (Wednesday) 20 January 2016.

“The investigation is continuing and a specific email address – bestivalfraud@sussex.pnn.police.uk – has been set up to assist with dealing with the large number of alleged offences.”

At the end of September police confirmed that more than 250 people had come forward to complain that they had been defrauded.