A Brighton doorman has been hailed a hero after entering 8ft waves at the height of Storm Barney to pull a distressed man to safety. 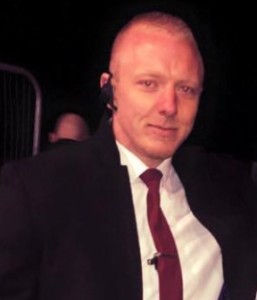 Clive Read, 24, was working at The Arch when he spotted the Brighton Beach Patrol quad bike racing down to the shoreline shortly after midnight.

He followed it to the sea, and saw a young man trying to enter the sea, at which point his instincts kicked in and he followed him into the waves to pull him back to shore.

Mr Read, a father of four, said: “I wrestled with him pulling back, he was a young lad and was just saying please let me die. He tried getting back in again and then we let the response units and the police deal with him.

“We were down in the water, about four inches above my knees, but at one stage we were kneeling and the water was coming right over our head. The waves were horrendous.”

Once back on dry land, the young man was quickly taken away by the emergency services, who had been called by Clive’s colleagues.

Since starting work on the seafront 18 months ago, Clive has never rescued anyone before, but is very aware of how dangerous the water can be.

He said: “Every night whenever we work down the seafront we are always aware of how dangerous the sea is, and we’re vigilant about what the public’s doing down there.

“I was working on the beach earlier this year when those young guys were swept away at the other end of the beach, so we’re very aware if we see anyone come near the sea.

“The Arch is absolutely amazing, we’re regularly briefed about what the sea’s like and what’s going on around town.”

Since last night, news of Clive’s heroism has spread, largely due to a Facebook post by the Brighton Beach Patrol, which said: “Unimaginable bravery and professionalism and we are overwhelmed to see seafront venues consistently keeping a eye out for us whilst we deal with issues on the shoreline.”

A spokesman for Sussex Police said: “At 12.11am on Wednesday (18 November) we were called to the seafront at Brighton after staff had helped a man in a distressed condition from the seashore.

“He was already ashore when officers arrived and was detained under Section 136 of the Mental Health Act, for medical check-up and assessment at hospital by trained medical staff.”