A 14-year-old girl has been reported missing after saying that she was heading to Brighton to meet up with friends.

Sussex Police issued an appeal for help tracing her this afternoon (Thursday 7 January 2016).

The force said: “Police are concerned for teenager Jade Davis who has gone missing from Hailsham. 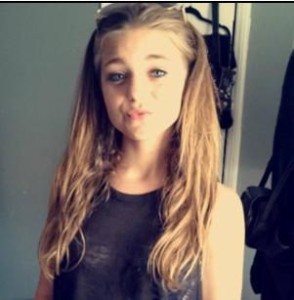 “Jade, 14, was last seen at 1.55pm on Tuesday (5 January) in the town saying she was heading off to see friends in Brighton.

“She has family and friends in Hailsham and the Brighton. Police are concerned for her welfare due to her age.

“Jade is described as white, 5ft 2in, slim with long blonde hair, a pale complexion and was wearing a black leather jacket with a fur collar, pale jeans and white trainers.”

Anyone who sees Jade or has any information about her whereabouts is asked to phone Sussex Police on 101. If she is in danger or in need or urgent medical attention, dial 999.