Do you know Brighton robbery suspect captured on CCTV?

Sussex Police urged a Brighton robbery suspect captured on CCTV to give himself up.

The force said: “Police have released a CCTV image of a man they would like to speak to in connection with a violent robbery in Brighton.

“Officers were called to Bartholomew Square at around 4am on Saturday 2 January.

“The victim, a 22-year-old local man, was waiting outside the Wah Kiki nightclub in King’s Road Arches for a friend of his when he was approached by another man. 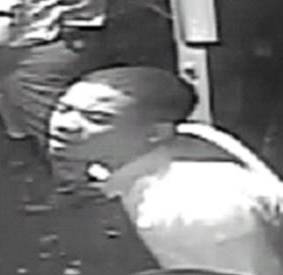 “He then followed him towards the Thistle Car Park where another man was waiting.

“The victim was then punched and kicked, suffering cuts and bruises.

“The suspects stole his Rolex watch, a silver bangle and smart phone before running off.

“A 20-year-old man from Brighton was arrested on suspicion of robbery but later released without charge.”

Detective Constable David Rose said: “This was an unprovoked assault on a man in Brighton who had his personal items stolen.

“We are keen to speak to anyone who was in the area and in particular the man who is shown in the picture.”

Any witnesses or anyone with information is asked to phone Sussex Police on 101, email 101@sussex.pnn.police.uk or call the independent charity Crimestoppers anonymously on 0800 555111.