Some of the city’s lowest paid workers will see their take home pay slashed despite a rise in the Living Wage after their hours were cut. 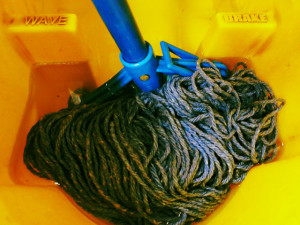 Cleaners working for Nviro at Brighton and Hove City Council offices have had their hourly rate increased to the Outside London Living Wage level of £8.25.

But a renegotiation of Nviro’s council contract means their hours will be cut.

The Unison union has condemned the move. It said: “Cleaning staff employed by Nviro at Council Offices have had a unilateral pay cut – they have been forced to reduce their hours by half an hour per week, to pay for a Living Wage increase.

“Brighton and Hove City Council is in partnership with the Chamber of Commerce and UNISON, in the local Living Wage Campaign.

“We ask, is this campaign just a good PR opportunity for them, or will our politicians stand up for the lowest paid in the city?”

However, Nviro and the city council said the reduction in hours was due to less demand for cleaning services as the council prepares to move out of King’s House.

Stephen McDonald from Nviro said: “As a result of discussions with the council the cleaning specifications at all office buildings were reduced, resulting in a reduction in cleaning hours required.

“Nviro did not unilaterally cut wages. Pay rates are being increased to the current Outside London Living Wage level of £8.25.

“No staff are doing  more or the same amount of work for less pay.”

A council spokeswoman said: “The council tendered its building cleaning contract in 2014 following Policy & Resources approval under the EU regulations and awarded the tender to the successful bidder Nviro for £1.5m per annum to include the living wage. The contract commenced in November 2014.

“We reviewed the specification in 2016 with the contractor, reducing the frequency of certain services in the civic offices, particularly Kings House as the council will be vacating this office this year. There were no changes to the social care and schools services.”