Sussex Police refused to turn out when travellers threatened a 70-year-old woman, moved a parked car and broke a gate to enter a woodland site, it was alleged today (Saturday 28 May).

The claim was made in a letter to Brighton and Hove City Council from the Friends of Hollingbury and Burstead Woods.

The travellers were accused of forcing the pensioner’s car off the road and on to a chalk bank.

Sussex Police said that the travellers had permission from the council to occupy the site. They didn’t.

Despite claims of criminal damage and threatening behaviour in progress, the force refused to attend last night (Friday 27 May).

Eventually they turned out after Councillor Lee Wares stepped in at the site and called the police again.

Friends of Hollingbury and Burstead Woods committee member Brenda Pollock has written on behalf of the group to Councillor Gill Mitchell, who chairs the council’s environment committee.

She wrote: “As you will be aware we have had issues with travellers parking and living on the grass areas in the past.

“Yesterday evening (Friday) travellers broke a gate, moved a parked car and gained access to the park despite local people reporting to police that this was in progress.

“The police would not come up to the site when it was reported as they said that ‘the landowner had given permission’.

“One of our committee members – Gill Taylor – was up at the site as she had been taking her granddaughter to the play area.

“She had been informed by members of the public that the travellers were trying to remove posts at the side of Ditchling Road at about 7.10pm.

“A neighbour reported this to police.

“When Gill returned later she found the travellers had broken a padlock on a gate at the side of the golf club access road and had moved her car which was parked in front of that gate. Previously travellers have broken in through this gate.

“An unfortunate 70-year-old lady who was leaving the allotments had her car forced off the road and on to a chalk bank which our group had planted up with wildflowers on a project with the council.

“Gill reported this to police as did Councillor Wares who came to the scene.

“Eventually two WPCs came to escort the old lady and her car off the grass.

“While all this was happening Gill and her son were threatened by the travellers – in front of her granddaughter.

“We have checked with (council leader) Warren Morgan who says that the council has not given permission for travellers to be there.

“Please could you investigate why the police seemed so reluctant to attend this crime and why they clearly stated that the travellers had permission.

“We have previously written to Warren saying that it is critical for the council and police to have some sort of process in place so that they can prevent travellers illegally getting on to land in the first place because we know from experience it is a very slow process to get them removed once they are there.

“We also know from previous experience the damage they will do to the site with waste and damage to benches and plants.

“I hope you can help in this matter. Our group works really hard to make this area a wonderful green space for local people to enjoy.

“It is so disheartening to not only see the travellers’ wanton disregard for other people’s enjoyment of the area but also to see that the police do not seem to wish to help prevent illegal incursions.

“Please can you also let us know what the next steps are and how long it will be before they are removed.

“Our next work session is on Saturday 3 June and we are due to care for the area near where they are parked up.” 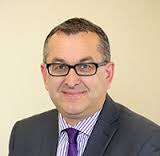 Councillor Wares wrote on Facebook: “Although it isn’t in our ward, I was contacted late in the evening last night by ward residents who were there.

“They were distressed and told me they had been intimidated and threatened with violence … one resident on her way back from the allotments had been forced to reverse on to the park and felt trapped and another had her car dragged along the road to clear a way through.

“I was told that the police had been called. Being concerned for their welfare I decided to go to the park. It felt wrong on so many levels just to thank them for their advice and carry on my evening at home.

“After 30 minutes without the police, I called 101 to reinforce the urgency as I felt their presence was necessary to assist the resident in the car who felt she was too frightened to drive across the field.

“After that, members of the traveller families approached the car and talked to the resident.

“Absent the police, I intervened to try to defuse the situation. I was asked what I knew and when I told them of the allegations put to me, I was then subject to verbal abuse.

“Continuing with my polite and professional manner (they knew I was a councillor and I addressed them all as “Sir”) it seems I persuaded them to return to their caravans.

“I took that as an assault where I believed I would be subject to battery. I didn’t leave and remained with the residents.

“The police were called again for me to discover they had cancelled the request. I again demanded an urgent uniformed response that arrived shortly after.

“All the details were passed on and I identified the lead individual that had threatened me.

“Since then I have raised an issue on the police response but I have received confirmation that the TLO (Traveller Liaison Office) are working on the matter, that the police are investigating the incidents and the site is being monitored.

“I have also spoken with some of the residents this morning (Facebook messaging) and am pleased to say they are relatively ok after the ordeal.”