A man has been arrested for attempted murder and a woman for dealing class A drugs after a woman fell from a first floor window in Brighton yesterday. 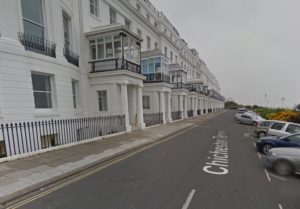 The woman who fell suffered a serious injury and today remains in a critical condition in the Royal Sussex County Hospital in Brighton.

Police were called to reports that a woman had fallen from a window of a first floor flat in Chichester Terrace, Brighton, at 9.08am on Monday. They arrested a 28-year-old Brighton man on suspicion of attempted murder. He remained in custody at on Tuesday afternoon.

Shortly after 2pm on Tuesday (July 12), a 28-year-old woman from Brighton was arrested on suspicion of possession with intent to supply a controlled drug of Class A – other. She remained in custody on Tuesday afternoon.

Wanted Essex man could be in Brighton with missing teenager