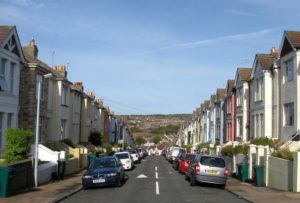 Brading Road, where the dead cat was discovered.
Image by Simon Carey, licenced by Creative Commons

Fears have been raised that a prolific cat killer may have visited Brighton after a dismembered pet was found in a city garden.

It’s believed that more than 100 animals could have died at the hands of a feline serial killer, dubbed the M25 cat killer, in London and the surrounding areas since 2014.

On Friday (6 January), a dead long-haired cat was discovered in Brading Road, with injuries matching cases attributed to the killer.

And a spokesman for South Norwood Animal Rescue and Liberty(SNARL), which has picked up the corpse, said there were key elements proving the acts were carried out by the same person.

He said: “We are looking to identify the owner in this case so they have some closure. This was definitely not the work of an animal.”

The Brighton cat had reddish brown long hair and may have been a Persian or mixed breed. Its head and front legs were cut off preventing full identification.

An RSPCA spokeswoman confirmed the organisation is aware of the Brighton death and is awaiting more information. She said: “Some bodies were examined by forensic experts who have found a link between the deaths which they think is caused by human hand.

“However, no suspects have been reported to us in this case despite a lot of media attention.

“Until we do we have to keep an open mind, but it is difficult to be able to say anything definite without evidence.

“Other cat deaths have been reported to us from other parts of the country and some are found to have definite links to the other deaths.”

Sussex Police confirmed officers were called out on Friday and shared information with the Metropolitan Police.