The singer, who comes from Uckfield and honed his craft in Brighton, became involved with Audio Active through the Brighton hip hop night Slip Jam which was one of his earliest stage performances.

Since then Rag ’n’ Bone Man – real name Rory Graham – has picked up the Critics’ Choice Award at the Brits and released his debut album and the chart single Human.

But he has also supported the charity’s work through guest artist appearances in its projects and by performing at young people’s music events such as In The Lab.

The 32-year-old said: “Audio Active are doing something to ensure that regardless of wealth or background, young people get a chance to be creative in a safe environment. I can’t support that enough.” 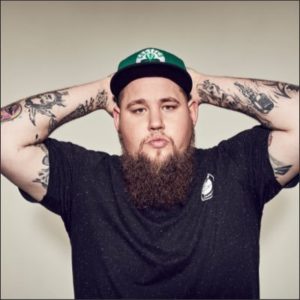 The innovative charity has been nurturing talent across the south east since 2004.

Audio Active director Adam Joolia said: “We are thrilled to be working with Rory. He has supported Audio Active on a more informal basis for years and it’s brilliant that he is now in a position to become a patron of the charity.

“Rory clearly is a very special person. It speaks volumes that someone with such a great talent and busy career still manages to make the time to be so generous in their support of our work.

“We are really excited about the future and the opportunities that this relationship could create for young people and emerging artists working with AudioActive.”

In May he will be headlining the Great Escape festival in Brighton.

To find out more about the work of Audio Active, visit www.audioactive.org.uk.