Sussex Police is recording more domestic abuse cases as harassment and stalking in the wake of the Shana Grice tragedy. 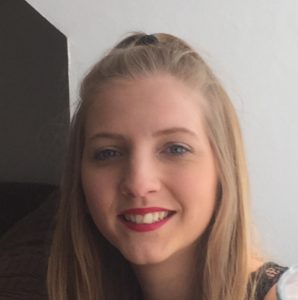 Michael Lane was last week found guilty of murdering the Portslade teenager, who was found dead in her bungalow which he had set on fire in a bid to cover his tracks.

Just five months before, Shana was given a fixed penalty notice for wasting police time after complaining about Lane’s behaviour. The IPCC is now investigating, and Sussex Police has apologised to Shana’s family, who say they believe she would still be alive had her fears been taken seriously.

On Friday, the force’s chief constable Giles York told a performance and accountability meeting that officers were receiving training in how to spot cases of harassment and stalking, and that more incidents were being recorded in this way as a result.

And police and crime commissioner Katy Bourne said she would be inviting Her Majesty’s Inspector of Constabulary, who last month said the Sussex Police requires improvement and highlighted how domestic abuse victims are treated, to assess how the force is now performing in this area.

Mrs Bourne said: I’ve reached out to HMIC and will be commissioning them to do another inspection around stalking and harassment in particular. It probably won’t be until the end of the year. I want to give the force time to look at the processes. A key challenge in this area is to support front line officers to understand the seriousness of the crime of stalking and harassment when it’s first described to them, joining up the dots.

“There’s a lot of learning to come out of the Shana Grice tragedy and I’m sure it won’t just be Sussex Police for which this is an issue, it will be officers up and down the country.”

Mr York said: “These can be really difficult cases to prosecute because harassment and stalking are not defined specifically in the law. It’s not like prosecuting something like theft for which there is a very clear definition. Stalking and harassment are difficult to prosecute and also to investigate and it’s about us joining up the dots. That’s the significant difference we’ve been trying to make over the last six months is in joining those dots together.

“Our officers weren’t joining those dots together from harassment into stalking, and the sinister element which makes stalking different to harassment.”

Among the measures implemented in the wake of the report are an automated system to send reports to other agencies, and specialist training. Since March 10, everyone who is classified as a victim of domestic violence is now interviewed face to face by a police officer.

Last Thursday, Lane was jailed for life, with a minimum term of 25 years at Lewes Crown Court. The IPCC investigation continues, with officers remaining in touch with Shana’s family and Sussex Police.