Almost a year since industrial action first started on Southern Rail, workers and employers say it’s having a permanent effect on the job market. 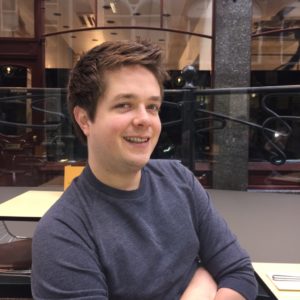 While thousands still slog from the south coast into the capital every day, Brighton and Hove employment agencies say they are unsurprisingly seeing a big increase in city workers wanting work closer to home.

One recruitment agency has been approached by workers who have been sacked after not being able to get to work on time during strikes, and there are reports of people taking their Brighton address off their CVs when applying for jobs in London.

But even though giving up the commute also means you’ll be about £5,000 better off a year, it’s not necessarily the case that you’ll have more money in your pocket.

One Hove technology recruiter, MRL Group, says it is seeing increasing numbers of people shunning the city in favour of employers closer to home.

Chief executive David Stone, said: “While we will always face competition for great recruiters from companies operating in the capital, we are increasingly seeing candidates coming to us looking for a better work life balance.

“With the chaos commuters have to endure using Southern Rail – not to mention the real dent in their pockets due to rail prices rising well above inflation year on year – it’s not surprising that we are seeing talent exit the capital. And we’re certainly taking advantage of it!”

MRL’s experiences are backed up at Red Flag recruitment, which says as well as an increase in city workers seeking jobs in Brighton it’s also seeing a boom in jobs available for them.

Managing Director Toby Reece said: “People are tired of the commute and a couple of people came to us at the beginning of the year who had started jobs in London during the strikes and had lost them rather quickly because they couldn’t get to work on time.

“It’s been steadily increasing as the strikes go on and we’re still getting more because there doesn’t seem to be an end to it. You might be a young graduate, and you get a job and then you can’t physically get to start on time.

“But right now, I have probably got more jobs on than people to fill them.”

One employee who has abandoned the commute is Jack Emmingham, who recently joined MRL as a principal consultant, sourcing contractors for the company’s international client base.

Prior to joining, Jack spent six and a half years in central London and not only spent £4,800 a year on rail fares but also had to contend with an hour and a half commute each way from Brighton to London.

Jack said: “There’s a common misconception that in order to have a career and earn significant money you need to be in the capital. That’s simply not the case – particularly when you add the astronomical cost of commuting into London. It just doesn’t add up.

“This, coupled with the uncertainty of even getting to work each day, took its toll so I decided to look closer to home. I now enjoy a substantially reduced journey and, while I still get the train, I always get a seat, I have more disposable income thanks to a much cheaper journey, and I arrive feeling relaxed and ready for the day ahead.”

And contractor David Davis said that he’s been turned down for a job because the company didn’t think he could get to work on time and voluntarily gave up another contract role because the commute had “become impossible”.

He’s now opted to work on the south coast – but unlike Jack, the drop in pay is more than he’s saving in rail fares.

He said: “I applied for a tech writer position with a start up medical device manufacturer based in Marylebone. Before Southern’s franchise turned into such an omnishambles it would’ve been a straightforward one hour 20 min commute door-to-door from Brighton.

“I was well qualified for the position, had several years’ experience working for one of their competitors in the field, got through to the second interview round (down from 15 to 2 candidates), hiring manager seemed very keen – but their Head of HR took part in the second interview and started asking if I seriously thought I could commute in from Brighton. ‘With the trains as they are, I know what it’s like, you’d be totally dead, it’s so draining’.

“I told her I was planning to relocate if I got the job but she seemed sceptical. Obviously that can’t have been the only reason they went with the other candidate, but I was certainly struck by her making such an explicit point of it during the interview.

“It wasn’t a bit of ice-breaking banter, moaning about trains: she was their Head of HR and clearly considered the feasibility of me commuting from Brighton to be a serious obstacle to my employability.

“So far no recruitment agency has explicitly advised me to take my address off my CV but I’d more or less come to that conclusion myself anyway.

“I voluntarily gave up a contract role in central London in 2016 as the commute had just become impossible, I wasn’t getting home until after I was already supposed to have gone to bed and it was just getting embarrassing being so obviously functioning below par at work due to tiredness – I’ve opted to work on the south coast instead, for much less money than London rates sadly.”

The industrial action on Southern Rail is because of safety concerns over the downgrading of the guard’s role to that of on board supervisor, with the transfer of responsbility for opening and closing doors to drivers.

The guards first started striking and working to rule last April after the RMT union balloted for industrial action, with the Aslef union, which represents most of the drivers, joining late last autumn.

Since the dispute started, all guards roles have been turned into on board supervisor roles, but the unions are now fighting for an assurance there will always be a second member of staff on board all trains which were not previous driver-only operated.

Drivers are currently voting on a second deal struck between the Aslef union and Southern’s parent company GTR, the results of which will be known on Monday.

And on Tuesday, the RMT is due to meet with GTR in a bid to thrash out its own deal, after it moved a day of strike action from then to Saturday, April 8, to coincide with strikes across other rail networks on Grand National Day.