Brighton and Hove united for the Albion

By Tim Hodges from the promotion parade 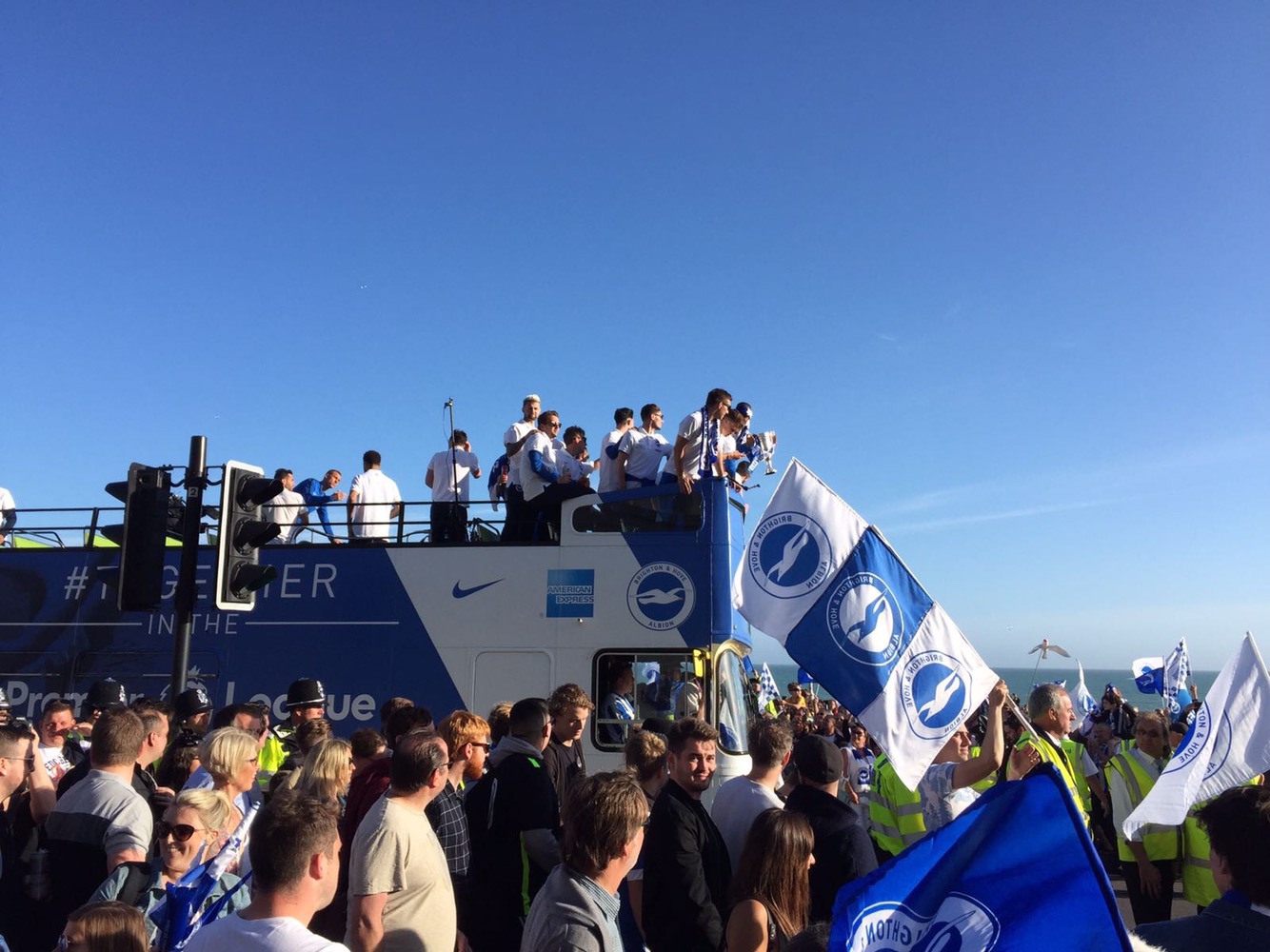 Brighton and Hove were united in celebration as the Albion players and officials paraded along the seafront to celebrate the astonishing achievement of gaining promotion to the FA Premier League. 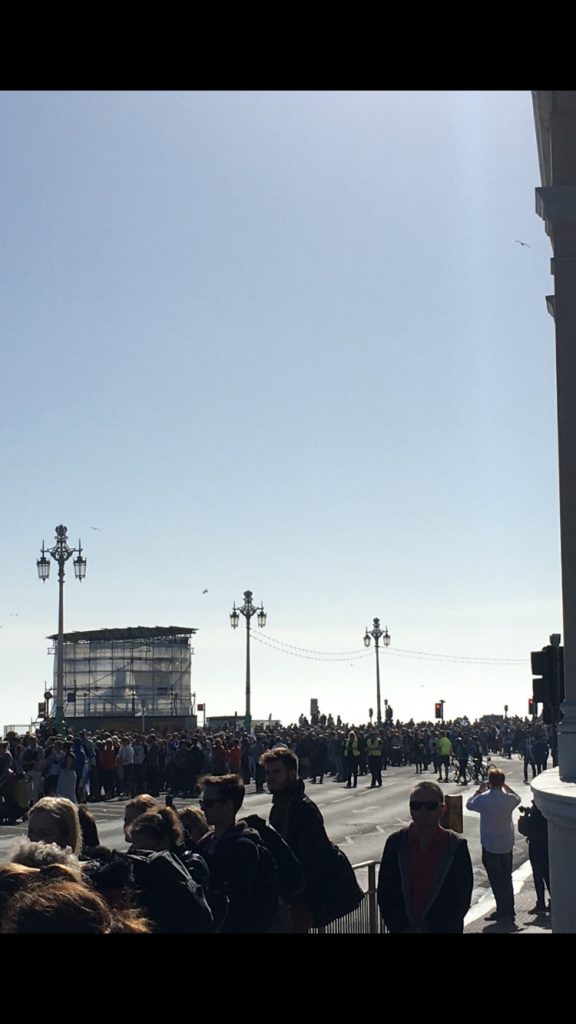 Thousands lined the route in scenes not seen for nearly 40 years when the Seagulls last won promotion to the top flight.

The Seagulls players were paraded as heroes on a huge stage on Hove Lawns and introduced one by one to the delight of the thousands of of fans, some of who had been at Hove Lawns since lunchtime.

Probably the biggest reception was reserved for boss Chris Hughton who masterminded Albion’s rise to the Premier League.

One notable absentee from the stage, sadly, was former chairman and the saviour of the Albion Dick Knight.

He was on a bus where he described the occasion as a cele-Brighton!

Without him, none of this would have been possible.