The premiere of the debut film by a 16-year-old director from Hove sold out – and will now have an extended run at the Brighton Fringe. 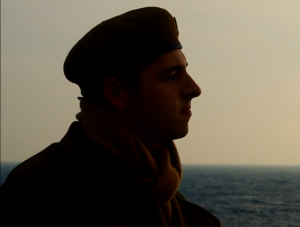 Charlie’s Letters, made by Elliott Hasler, opened at the Nightingale Room, above the Grand Central pub, in Surrey Street, opposite Brighton Station, last night (Thursday 18 May).

The 90-minute film is a true story billed as “an escaped PoW’s battle for survival while on the run in war-torn Italy as his wife and young son wait for news in England”.

Elliott said that it took three years to make the film about his great-grandfather Charlie Standing, with some scenes filmed on location in Italy during a family holiday.

He used ancestry websites and military war records to help with his research in telling the extraordinary story of his great-grandfather’s epic 18-month journey to make it home to his wife and young son in Brighton.

It was, the Brighton Fringe said, “meticulously researched and undergoing production for almost three years, across five countries, with key scenes filmed in and around Brighton.

“The film acts as a testament to the incredible spirit that emerged through the hardships and horrors of the world’s greatest conflict, portraying the human story of an ordinary soldier forced to do the extraordinary.”

Elliott, who began making films at St Andrew’s CE Primary School, in Hove, when he was just 10, will be taking Charlie’s Letters to the Edinburgh Fringe in August.

And a month later his movie will be shown at the Dieppe Film Festival. 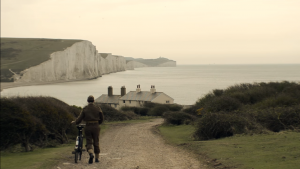 A still from Charlie’s Letters by Elliott Hasler