Luke Wright has stepped down as the captain of Sussex County Cricket Club, it was announced this morning (Thursday 1 June).

His decision comes after a lacklustre start to the current campaign. Sussex failed to make the quarter-finals of the Royal London One-Day Cup and have won only one of their first four County Championship matches of the season.

Chris Nash will lead the team for the County Championship match against Worcestershire which starts tomorrow (Friday 2 June).

Announcing Wright’s decision, the club said: “The 32-year-old batsman, who has been with the club since joining from Leicestershire in 2004, has taken the decision to relinquish the captaincy.

“Wright originally took over as NatWest T20 Blast captain for Sussex ahead of the 2015 season, which was also his benefit year at Hove.

“He then took over the captaincy across all three formats of the game in 2016, following Ed Joyce’s decision to end his own reign as skipper.

“He has now decided to step down as Sussex captain, with the side having played four Specsavers County Championship matches so far this summer, as well as the Royal London One-Day Cup campaign, which the Sharks narrowly missed out on a quarter-final berth.”

Wright said: “Firstly, I would like thank Sussex for the privilege and honour of being made captain of this fantastic club.

“I have always been someone that loves and enjoys the game but over a period of time now while being captain, this has not been the case and it has affected me both on and off the pitch.

“After taking some time I decided that stepping down was in mine and the club’s best interests going forward.

“I look forward to giving my full commitment as a player to future Sussex successes.” 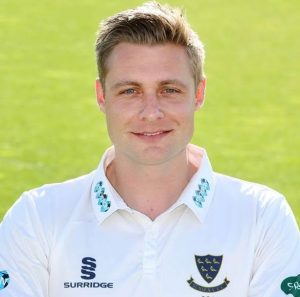 Sussex director of cricket Keith Greenfield said: “Luke has made this decision with the best interests of himself, his young family and the team and we thank him for all of his efforts while captaining the club. It is an all-encompassing position, particularly while rebuilding the team.

“This way, we will all see the best of Luke and we know he’ll continue to drive success for Sussex Cricket going forward.”

Head coach Mark Davis said: “I would like to thank Luke for everything he has done for the team in his role as captain.

“I have thoroughly enjoyed working with Luke and establishing a new-look Sussex team that will bring success back to our great club.

“His passion and enthusiasm for the club is second to none and without the stress and strains of captaincy, I am convinced he will be back to winning games for the club.”