Brighton and Hove Albion midfielder Steve Sidwell has signed a new one-year deal with the club. 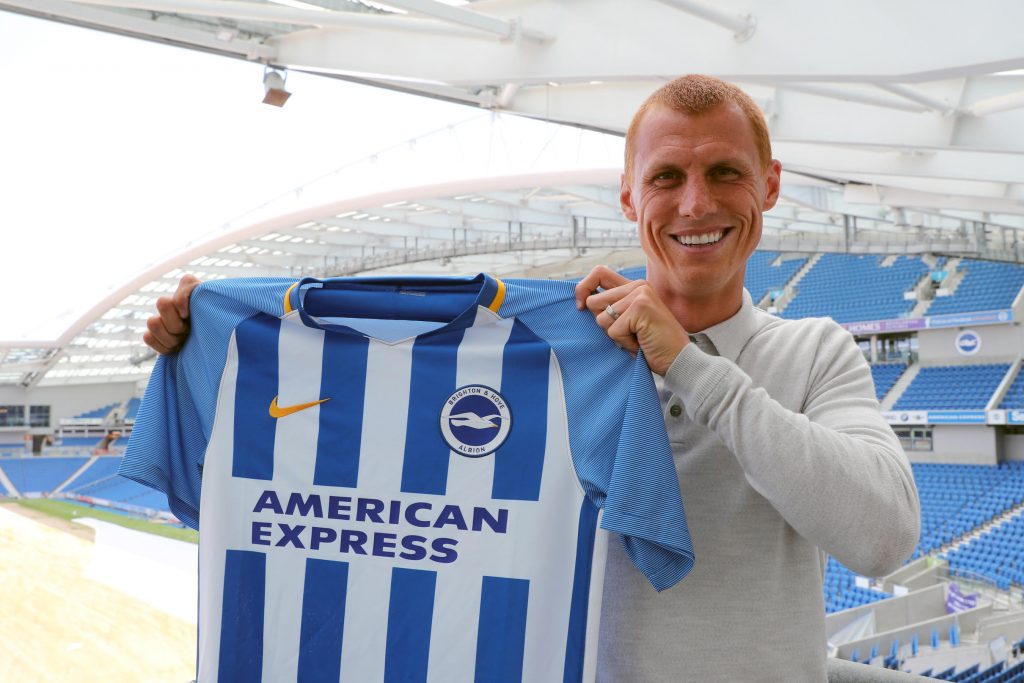 Sidwell joined Albion for a second spell in January 2016, initially signing on loan from Stoke City.

He made the move permanent last summer, and was an integral part of the club’s promotion-winning Championship side last season.

Manager Chris Hughton commented, “Steve has been a key member of the squad over the past 18 months. He thoroughly deserves this new deal and I am delighted that he is extending his stay at the club.

“Our fans know his qualities well, and his experience, particularly at Premier League level, will be important for us. He is an excellent pro and that experience will be vital for us next season.”

Sidwell began his career with Arsenal, and first joined Albion on loan in 2002, during Steve Coppell’s time with the club.

He later moved to Reading, and enjoyed future spells with Chelsea, Aston Villa and Fulham, before his move to Stoke.

The 34-year-old midfielder collected both the club and EFL’s Goal of the Season Award last season for his stunning goal against Bristol City in November.