Plans to move the taxi rank to the rear of Brighton Station – and stop taxis queueing outside people’s homes – are moving forward now the station owners have requested a meeting with the city council. 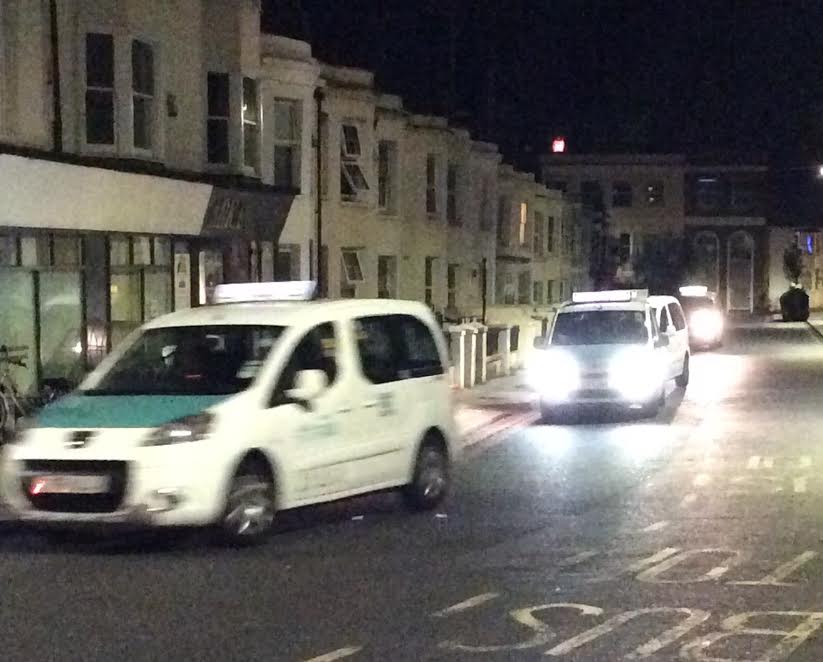 Residents of Surrey Street have suffered years of “absolute blight” from noise and congestion from queueing taxi drivers after the revamp of the roads around the station.

A petition signed by 83 people living there calling for double red lines and increased CCTV coverage to stop queuing there was considered by Brighton and Hove City Council’s environment and transport committee.

But after councillors heard that Govia Thameslink Railway (GTR), which owns the land, had recently requested a meeting to discuss moving the rank – after five years of resistance to the idea – they agreed to wait until these negotiations had finished as the move would solve the Surrey Street issues.

The petition, which was first presented to full council in March, said: “We the undersigned require Brighton & Hove City Council address congestion by taxi traffic on Surrey Street and surround roads.

“We request that these streets are covered by Double Red Lines, with increased CCTV coverage to assist enforcement.

“A solution is required to alleviate the following concerns: air pollution, noise pollution, antisocial behaviour, lack of access for local residents to the limited loading bays available on Surrey Street, problems caused by taxi related congestion for emergency services and other public transport, all caused by static and slow moving traffic, created by the use of Surrey Street and Upper Gloucester Road as unofficial taxi ranks.”

Committee chair Gill Mitchell said: “Officers have looked at a range of traffic options but believe the best solution is to move the taxi rank to the rear of the station.

“GTR are the landowners and very, very recently they have contacted the council requested another meeting.”

Green councillor Pete West spoke of the work his colleague Lizzie Deane, who represents the area, has done. He said: “She will be able to talk of the absolute blight that has been placed on their lives. We are grateful for the interest the chair has shown in the issue.

“But there has been a lack of progress over the years it really needs a stronger light to be shone upon it.

“Govia has been strongly resistant to this idea and I’m glad that they are now considering a plan that we were asking for five years ago. I would like a stronger response here today.”

Cllr Mitchell countered: “These problems followed the Station Gateway scheme, where the taxi rank should have been moved. We are now having to deal with the mess it’s created.

“I would ask that our officers rather than busying themselves with interim reports, carry on negotiating with landowners and taxi companies to get a result.”

The Station Gateway scheme, which widened the pavement in Surrey Street, was completed in 2015. While work took place, the taxi rank moved temporarily to Terminus Road, and after the work was completed, a plan to make this its permanent home was briefly considered.

Last autumn, a draft plan to put it at the back of the station was shown to taxi companies – but GTR then said it had no plans to move the rank.