Zipwire goes up on Brighton seafront

Brighton’s latest attraction has finally made an appearance on the seafront, as its distinctive spiral staircase tower begins to go up. 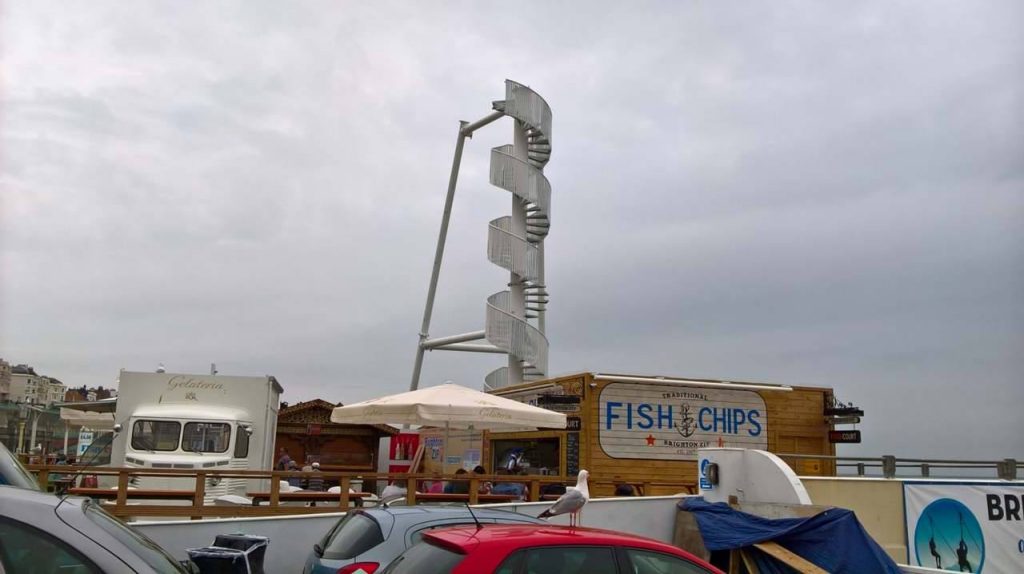 It was hoped that the £1.7million attraction, a replacement for the Brighton Wheel, would be open by Easter – but today’s appearance suggests it will be open in time for the summer holidays.

Once the tower is fully erected, it will be 75ft or 22.5 metres high, and a 300m long zip wire will run to a boat-like structure in Madeira Drive opposite the bottom of Atlingworth Street.

A café seating up to 140 people with an open glass-fronted terrace is also planned.

The developer said that the zip wire would attract about 32,000 visitors a year, based on a maximum of 24 riders an hour on the two cables. The owners, Paramount Entertainment, say it will employ up to 40 full time and part time staff.

It is planned to open the attraction from 10am until 11pm all year round although the weather is likely to restrict numbers at times. 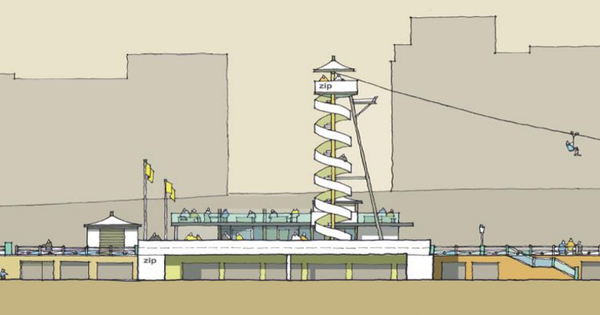 The plans were approved unaminously by Brighton and Hove’s planning committee last October, despite concerns about noise and disruption from residents.

Councillors were told that stag and hen parties and others who had been drinking would not be allowed on the ride.

Delso Da Silva, from Paramount, said last autumn: “We’re really excited at the moment and really happy with the outcome. We just wanted to get started with it now.”

Mr Da Silva, who was general manager of the Brighton Wheel, added: “It’s all about getting the trade back to Madeira Drive and getting the jobs back there.”