Up to 100 homes were evacuated for four hours this evening after police threw a 100m cordon around the Drill Hall in Marmion Road when a suspect package was reported. 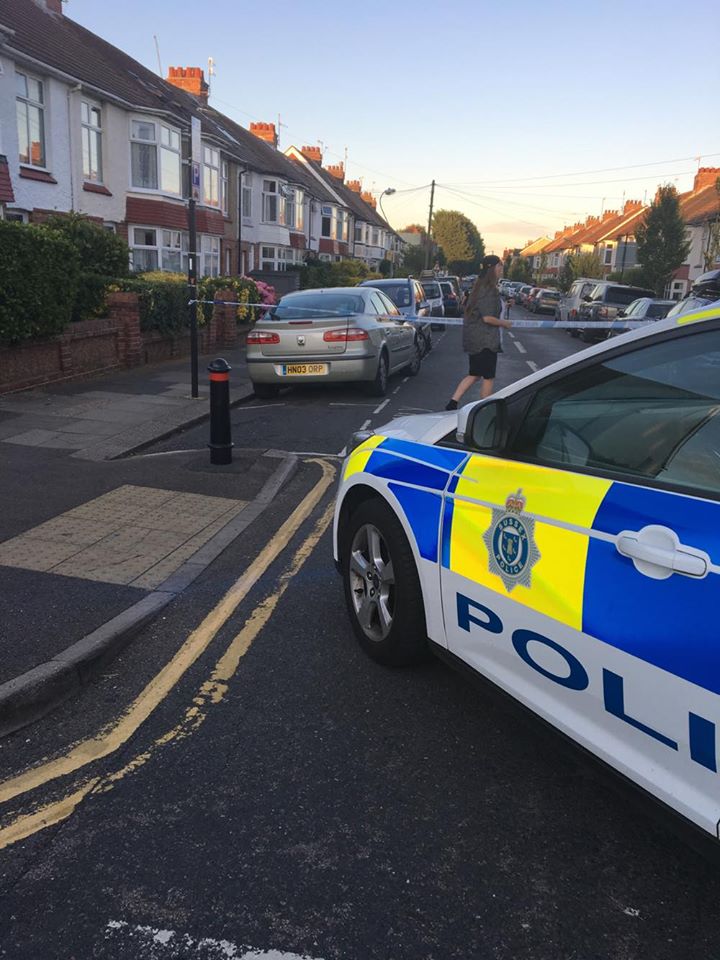 Staff discovered the package, which had been left deliberately outside the hall used by sea and army cadets, shortly after 6pm this evening. The hall was empty at the time.

There is nothing to suggest there were explosives inside, but the bomb squad was called as a precaution from Aldershot.

Meanwhile, scores of people were told they cannot return home until it is dealt with.

At 8pm, a police spokesman said: “Police are currently in Marmion Road in Hove. We have closed the road and evacuated a few homes in relation to a suspicious package outside the cadet centre.

“We were initially called at 6.04pm by staff at the centre.

“We have put a 100m cordon around a box whoich appears to have been placed outside the cadet centre deliberately. Any homes within that 100m cordon have been evacuated.

“Officers are awaiting Explosive Ordnance Disposal’s arrival from Aldershot. There’s nothing to suggest it’s a bomb but because it seems to have been left deliberately we are taking all precautions.”

At 9.20pm, ward councillor Robert Nemeth said the bomb squad had arrived and was unloading near to the centre, and shortly after 9.30pm, Cllr Nemeth said a controlled explosion had taken place.

A police spokesman confirmed the controlled explosion, adding: “It was not a viable device but beyond that we don’t know yet.”

Detective Chief Inspector Alasdair Henry later said: “We would like to thank local residents for their patience and understanding this evening while this incident was dealt with.

“The cordon was placed around the area as a safety precaution while we waited for the EOD unit to arrive and inspect the package.

“We are now satisfied that this is not a suspicious package and have lifted the cordons and road closures.”