Brighton and Hove Albion have been pegged back in their own half for long periods of this first Premier League encounter. 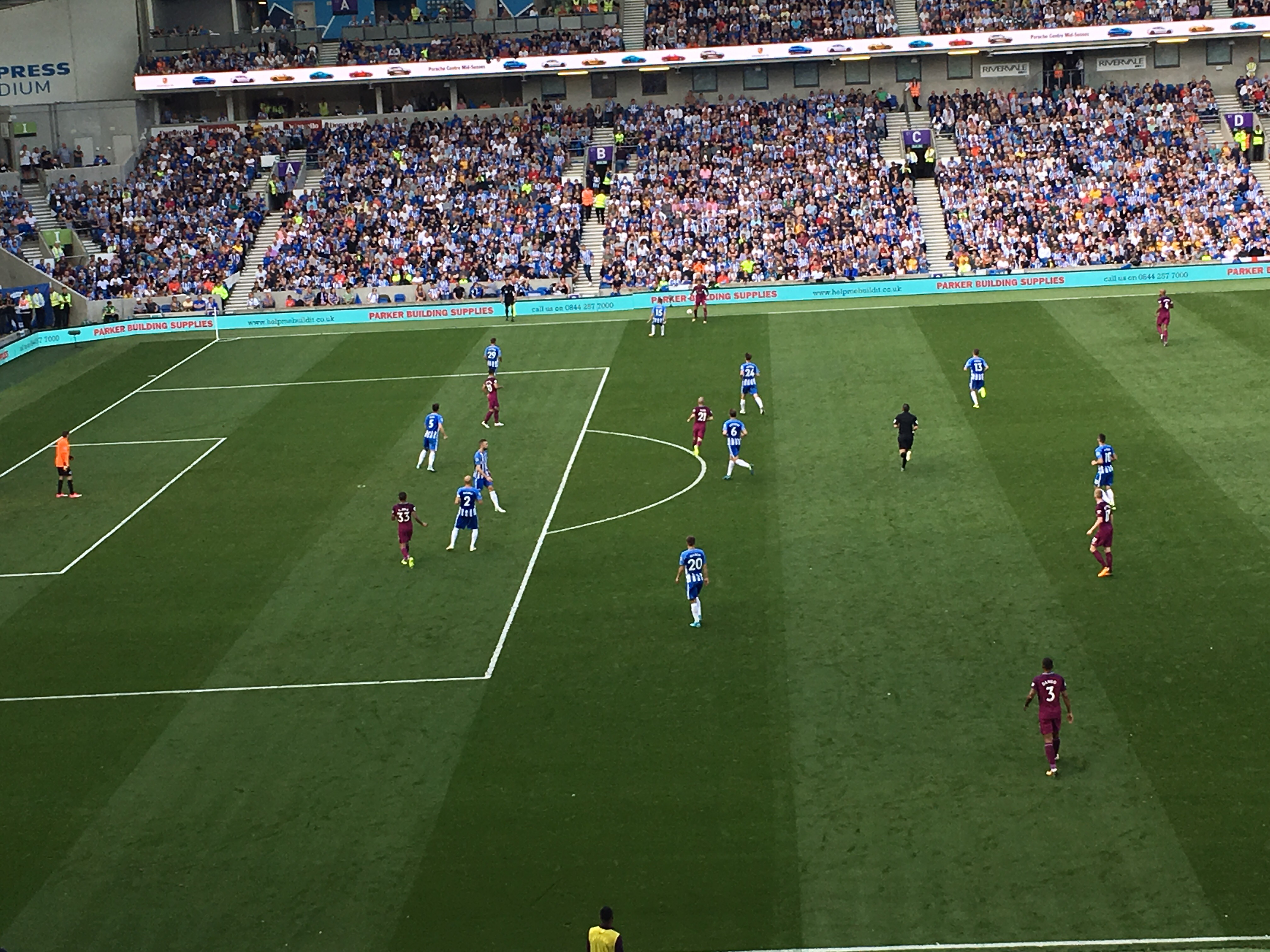 Gabriel Jesus has had the ball in the net for Manchester City but he was adjudged by the referee Michael Oliver to have used his hand in the process. It earned him a booking.

Solly March is Albion’s bright spark and his cross on 42 minutes provided the best effort on target for the Seagulls.

But Lewis Dunk left Ederson, on his Premiership debut, needing to make only a routine save.

The leading American broadcaster NBC are at the Amex this evening (Saturday 12 August). 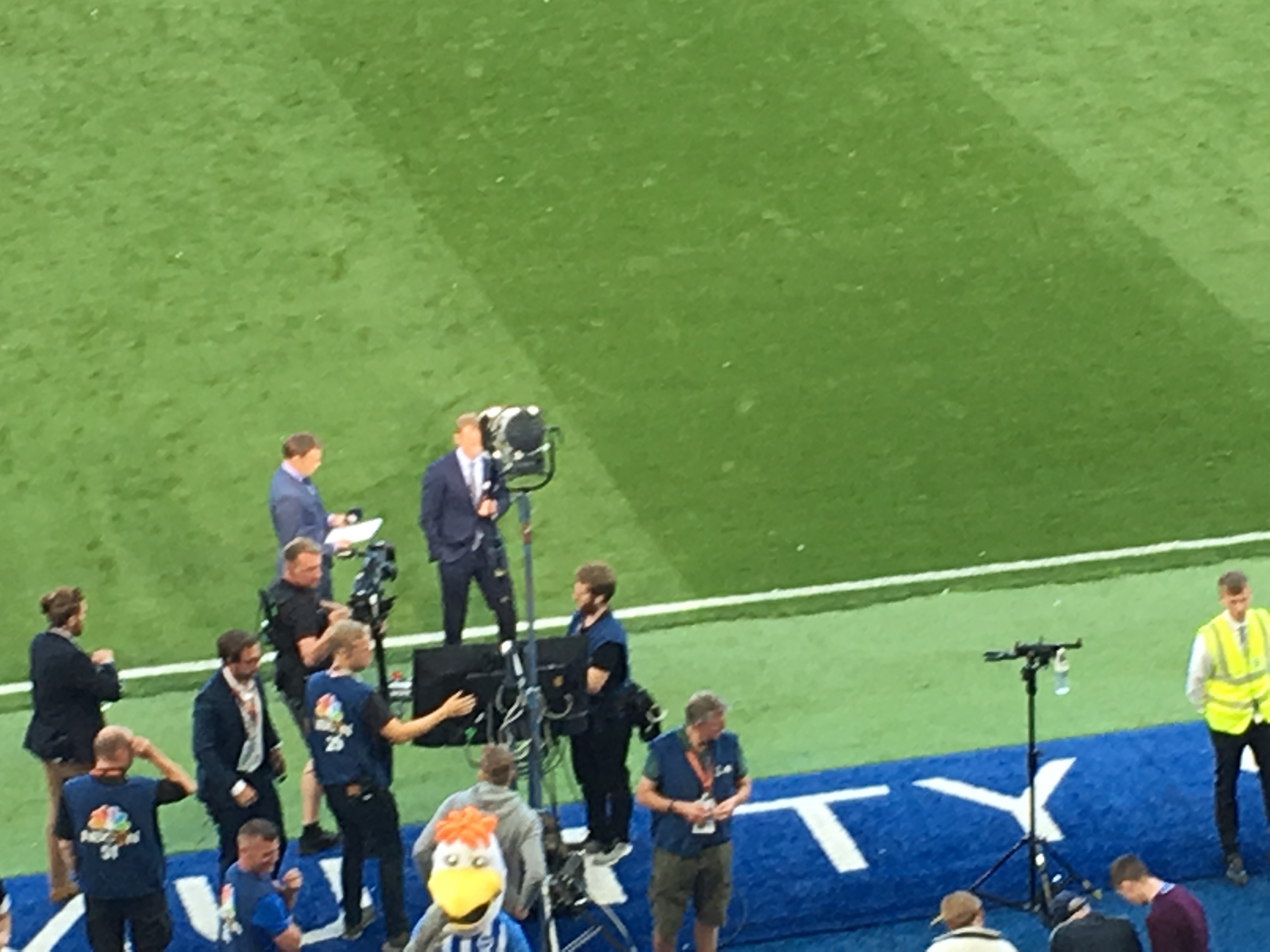