A £1,000 reward has been offered by Sussex Police to find a wanted man who detectives believe was part of a £12 million drug dealing gang.

The force put up the money today (Monday 21 August) after Louis Makai, 46, formerly of Langridge Drive, Portslade, breached the conditions of his bail. 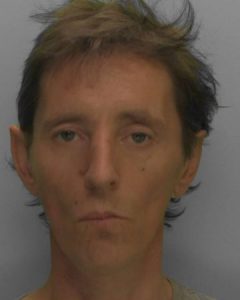 Makai was charged with being part of a heroin dealing gang in Brighton and Hove.

Five members of the gang were jailed for a total of 67 years at Hove Crown Court in May after a seven-week trial there earlier this year.

The jury was unable to reach a verdict on whether Makai was guilty and he was bailed until a retrial could take place.

Sussex Police said: “Police are offering for a £1,000 reward for information leading to the arrest and conviction of Louis Makai who is wanted for breaching the terms of his court bail.

“Makai, 46, formerly of Portsmouth, was granted bail in May from Hove Crown Court after he was the subject of a hung jury following a trial into a conspiracy to supply £12 million worth of heroin into Brighton and Hove in 2015.

“However, his bail was revoked on (Thursday) 3 August by the judge for breaching various terms of it. Makai is awaiting a retrial on a charge of in November.”

Detective Sergeant Julian Deans said: “We believe Makai could be in the Lambeth area of London, Sussex or Hampshire.

“Please let us know if you see him or have any information about him.”

Makai is white, 5ft 10in, slim with dark brown hair and blue eyes.

Sussex Police said: “Anyone with information is asked to contact police online or call 101.