Angry Twitter users last night slammed the Labour Party for using a picture of a mosque at its annual conference yesterday – when they saw an image of Brighton Pavilion used as a backdrop. 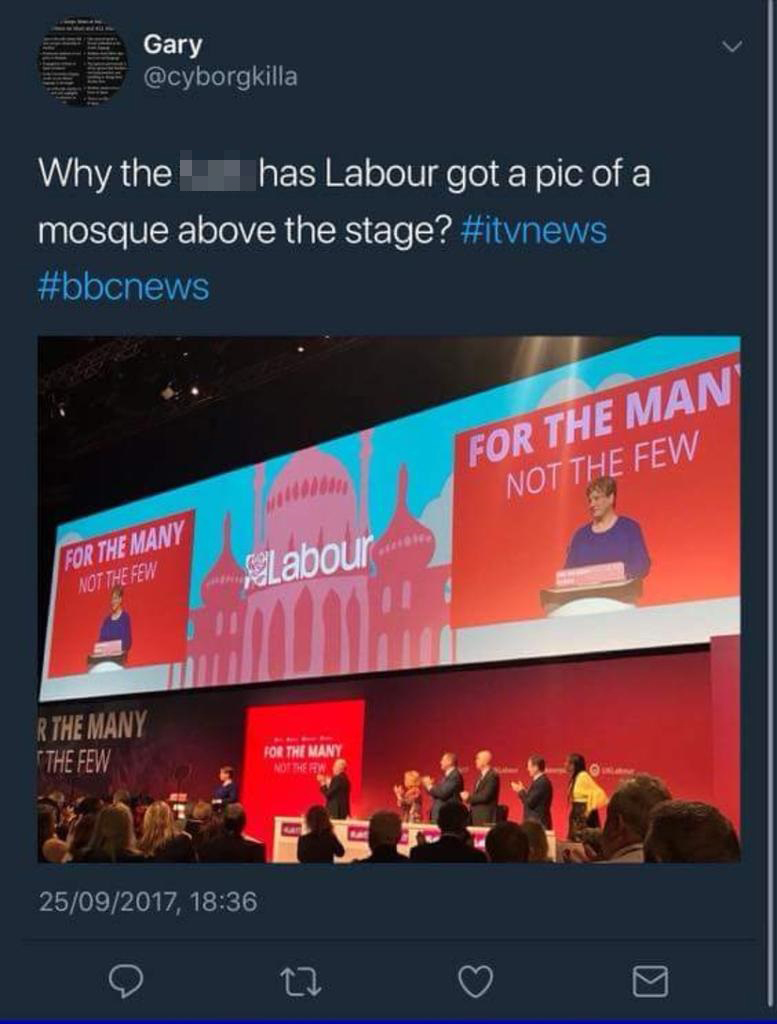 Several people, many with Union Jacks in their profile pictures or a string of numbers in their username, took to Twitter last night to question its use, some saying it was the Labour Party “appealing to Muslims” and others saying they were offended. 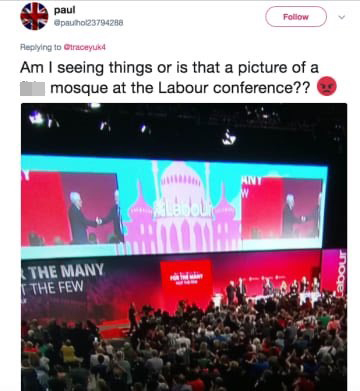 It’s not the first time the Pavilion has been mistaken for a mosque. In 2013, members of the English Defence League discussed their outrage at finding a huge mosque when marching in Brighton.

And in 2015, an aide of Ed Miliband reportedly cancelled a photoshoot outside the Pavilion in anticipation of exactly the same mistake being made – a decision which seems sensible given this year’s response.

So it’s not surprising that yesterday’s misguided outcry was predicted by a Guardian reporter as soon as the Pavilion image was shown on TV:

It is presumably only a matter of time before some idiot says the Labour-in-Brighton conference logo shows a mosque pic.twitter.com/wsm0Akgg9s