The woman who has run Brighton’s Palace Pier for more than a decade, helping it become the most-visited free attraction outside London, has been recognised by a national industry body. 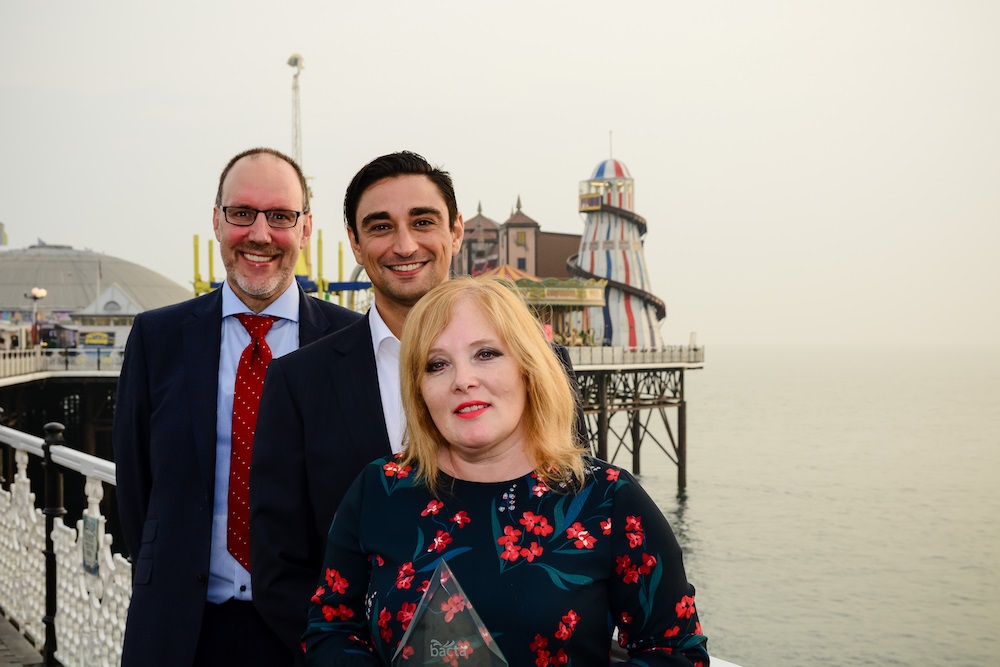 Anne Martin who was made chief executive officer of The Brighton Pier Group plc in June, received the British Amusement Catering Trade Association (Bacta) Community Award from the association’s President, Gabi Stergides at a presentation held on Brighton Palace Pier.

Mr Stergides said: “The vast majority of Britain’s piers are financed by privately owned companies who rely on the revenue they generate to sustain and protect what are jewels in the seaside crown.

“For over 120 years Brighton Palace Pier was the only totally privately-funded conservation project in the UK and the biggest revenue stream for Britain’s piers is the income derived from amusement machines.

“Under Anne’s leadership the business has enjoyed consistent growth and is a landmark which reflects the fantastic vibrancy and energy you experience when visiting Brighton and Hove.

“The 4.6m people a year who visit the pier eclipse the numbers attending the V&A, the Science Museum, the Tower of London and Stonehenge. There’s no doubt that Bacta members, including The Brighton Pier Group plc, play a central role in helping to keep the tourism proposition fresh and attractive, and in the process make a huge contribution to seaside economies throughout the country.”

Ms Martin said: “I am delighted with the award and would like to take this opportunity to thank all the Brighton Pier team members for their dedication and support over the past 13 years since I first came to Brighton.”