Council officers bracing themselves for the fallout from the introduction of universal credit in Brighton and Hove say they will not be able to help affected claimants unless they help themselves. 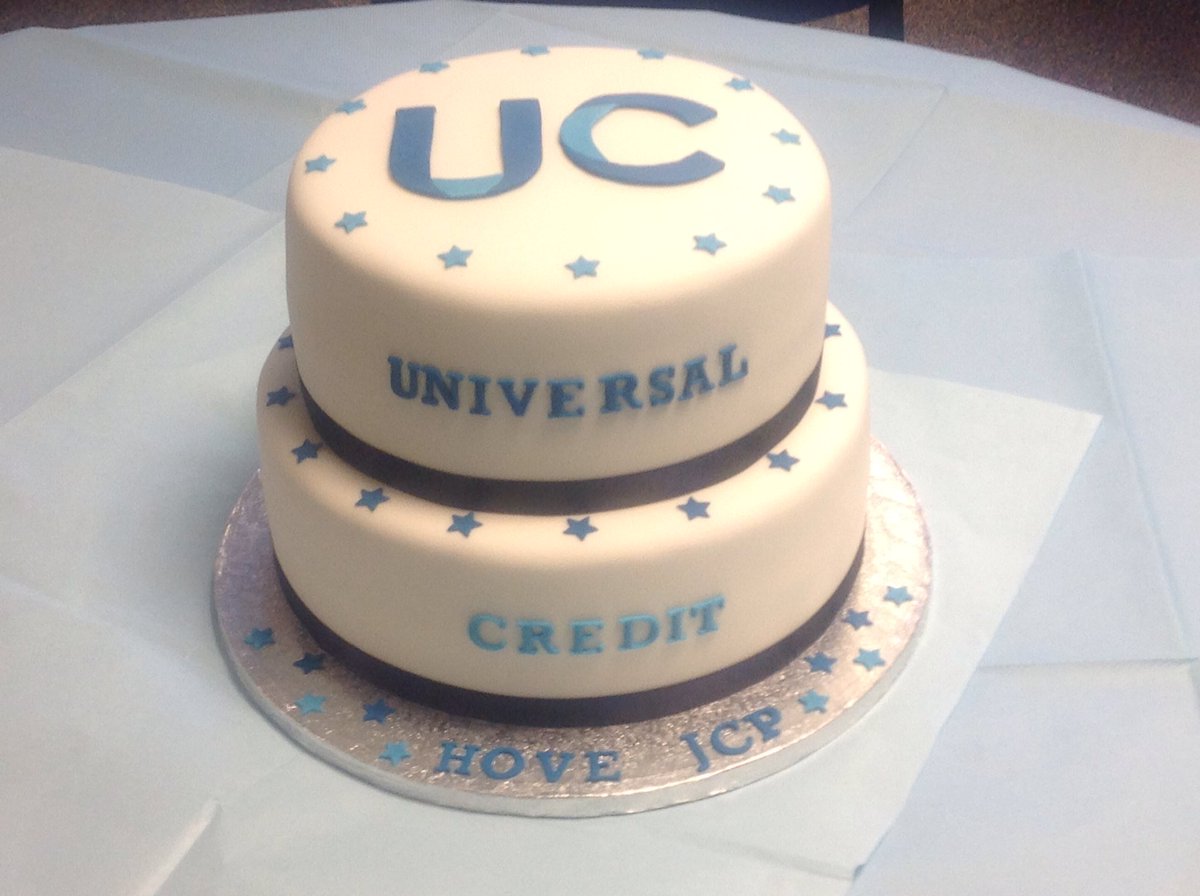 A cake baked to mark the rollout of Universal Credit in Hove, tweeted by the director of the UC programme last month

Young single people and large families are thought to be the groups most impacted by the move to the single benefit, which is already being rolled out in Hove and will be introduced in BN2 at the end of this month, and BN2 and BN41 in mid-January.

A council report detailing what the council is doing to minimise the risk of evictions outlines the many risks of the changes, both to tenants and the city council itself.

The authors say the sheer scale of the challenges means the council and the voluntary sector cannot meet them by itself, and claimants must play a role in minimising adverse effects themselves.

And with the majority of claims made online, with payments suspended if they are not managed efficiently, officers say they are most concerned about people who are not confident online, who have limited access to the internet, or who have literacy problems.

The report says: “The issue of digital support is absolutely key here, because while some people will be exempt and will be allowed to claim in an analogue way, the majority of people will need some way of supporting their own access to their claim and updating DWP requests.

“Research company Ipsos MORI estimated in 2015 that one in five of the adult population lack digital skills, yet among those seeking support from Citizens Advice, the figure was 45% (or almost half).

“Neither the council, nor local voluntary agencies will be able to sustain the high level of interaction individuals will need to support them in the longer term.

“This therefore signals a need for council awareness that, alone, it is not able to ameliorate the negative impacts of welfare reform without individuals playing their own very important role where they can.”

As well as the cap, the main changes with universal credit are that all benefits will be paid directly to the claimant, rather than rent paid to the landlord, once a month in arrears.

The first payment will normally take at least six weeks, possibly up to 12, and in most cases there will be no benefit payable for the first seven days, which makes it extremely likely households will have hugely disrupted finances.

The report says: “The council has attempted to communicate this to tenants, so they are aware in advance and can consider how they will manage in the intervening time.

“While the Council is not able to recommend that tenants apply for a Credit Union or other type of financial service, there have been regular items in Homing In informing people of the existence of the East Sussex Credit Union, and the assistance it can provide.

“Similarly, staff have updated information on local food banks and the various access or referral requirements for each one.”

The report says that of 54 council tenants it visited over the last year who were subject to the £20,000 cap, most were able to afford this, and had more income than households working in low paid jobs or on zero hour contracts.

The council doesn’t know how many people in the city currently claim universal credit it as it’s managed by the DWP, but at the end of September, there were 82 council tenants and 28 temporary accommodation residents receiving it.

When it’s fully implemented, almost 5,000 council tenants will be claiming it, potentially being responsible for paying around £20m which is currently paid directly to the council from housing benefit.

The council is therefore also preparing for higher rent arrears, which as well as a reduced income will mean higher costs in managing debt recovery, housing management and tenant support.

Many more tenants will have private landlords, and the council is working with landlords to explain the changes, and making them aware they can apply to the DWP to have rent paid directly to them if the tenant is in arrears, instead of evicting them.

The council is also working to make privte tenants more aware of how the council can support them by helping them navigate the system.

The council is also working with the courts, particularly in how they can share information about arrears which will no longer be available to council housing advisers.

And council officers will avoid referring tenants in arrears to court, instead working with residents to emphasise how important it is to reduce debts once they receive their backdated benefits.

The report has been drawn up in response to a notice of motion presented to a full council meeting on 6 April 2017, requested that the housing committee call for a report outlining how the risk of evictions arising from, for example, housing benefit changes and the benefit cap could be minimised.

Specific reference was made in the notice of motion to a disproportionate number of lesbian, gay, bi sexual or transgender (LGBT) young people being at risk of homelessness, and therefore potentially adversely impacted by the changes. However, the report says this potential impact on young LGBT people is not borne out locally from known equalities data of people seeking support from council services.