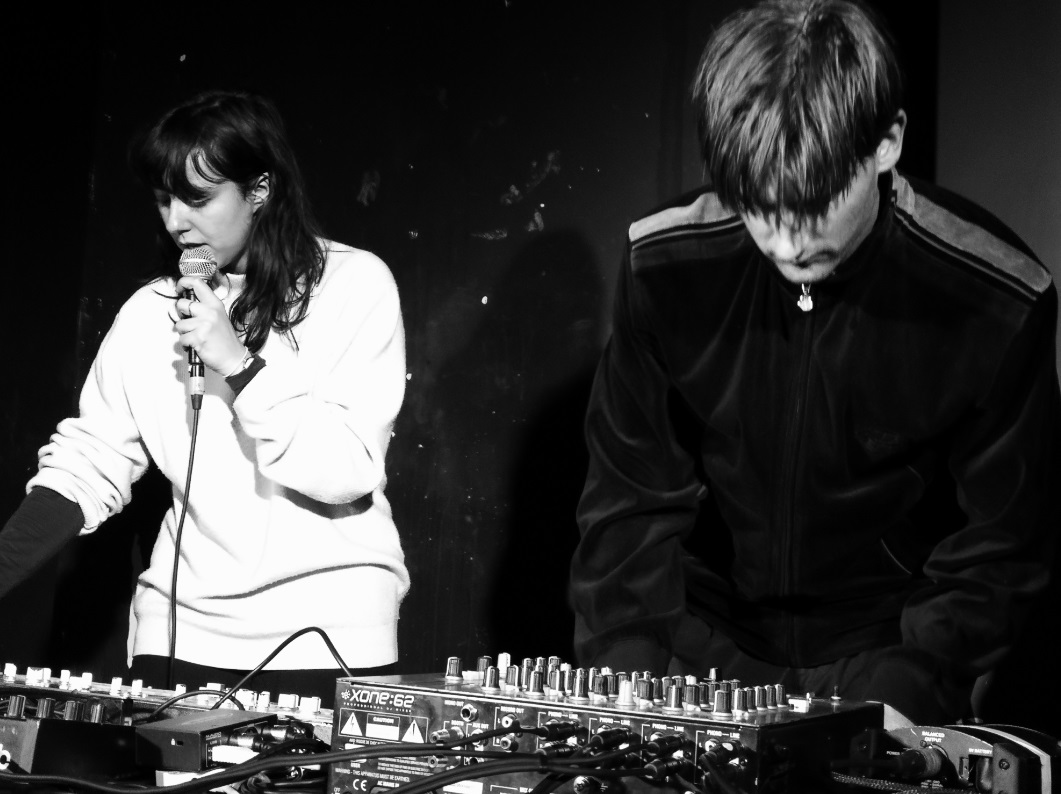 Tonight, (Sunday 19th November) The Joker on Preston Circus in Brighton swayed to the electronic funky beats of Blue Hawaii.

Not aware who Blue Hawaii are, well it’s the creative work of songwriting, production and DJ project of Raphaelle ‘Ra’ Standell and Alexander ‘Agor’ Kerby, who are based in Montréal, Québec in Canada. The guys are touring in support of their new album ‘Tenderness’, which was released on October 6th via Arbutus Records. The excellent lead single from the album is ‘No One Like You’, which you can listen to here: https://youtu.be/IDJT_SDrQl4

‘Tenderness’ is a concept album which brings forth the challenges of handling relationships online. Maintaining closeness over distance and a need for more tenderness between each other – both in real and virtual life – are important themes in the album’s progression. 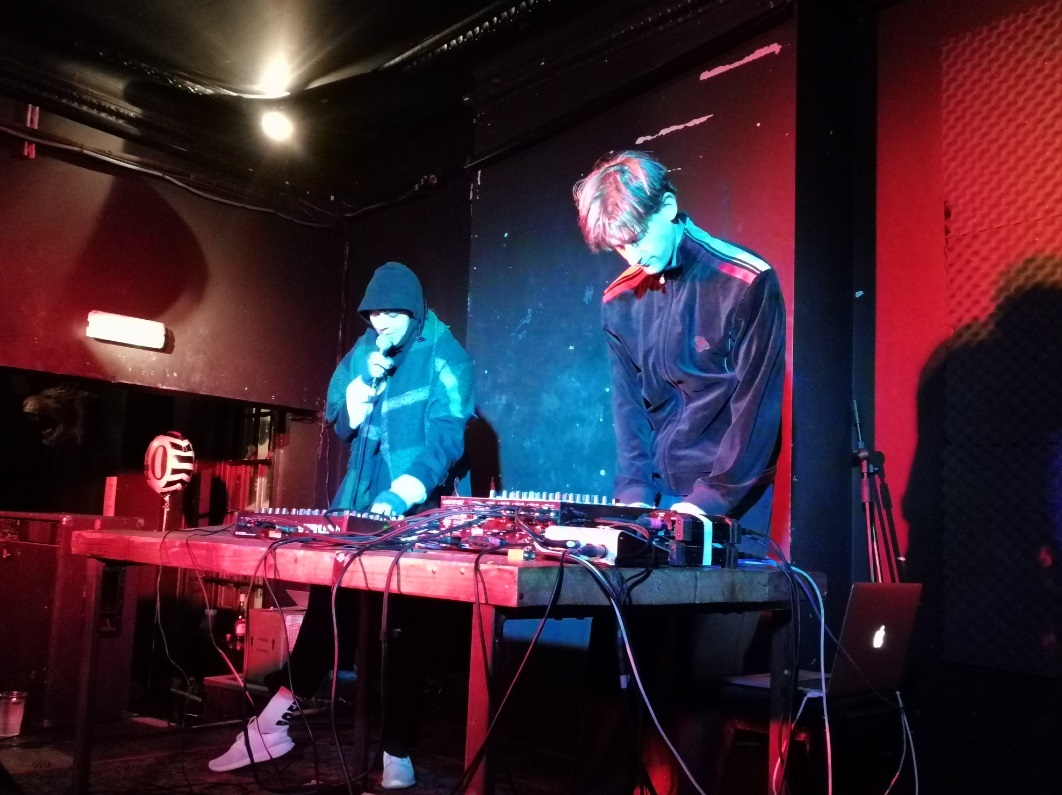 Blue Hawaii made a splash back in 2010 by releasing the sun-soaked 8 track EP ‘Blooming Summer’, following their loving, dustyrose coloured travels through Central America. The lead track of this EP was incidentally the bands final track performed tonight – my mate said it was their best track, however I would disagree, ‘No One Like You’ for me!

2012 saw them release the two song ‘In Two Singles’, which was followed a few months later by ‘Try To Be’ in January 2013. Then they suddenly found themselves touring an 11 track album called ‘Untogether’. Which dealt with complex issues surrounding technology and their relationship, living apart while creating together, and seeing their local community torn apart by success and jealousy. Since then, Ra spent much of her time with her band Braids, while Agor has lived in LA and Berlin developing a deeper understanding of dance music production and DJing — something the two are well known to bring to their heavy-hitting live show & DJ sets. 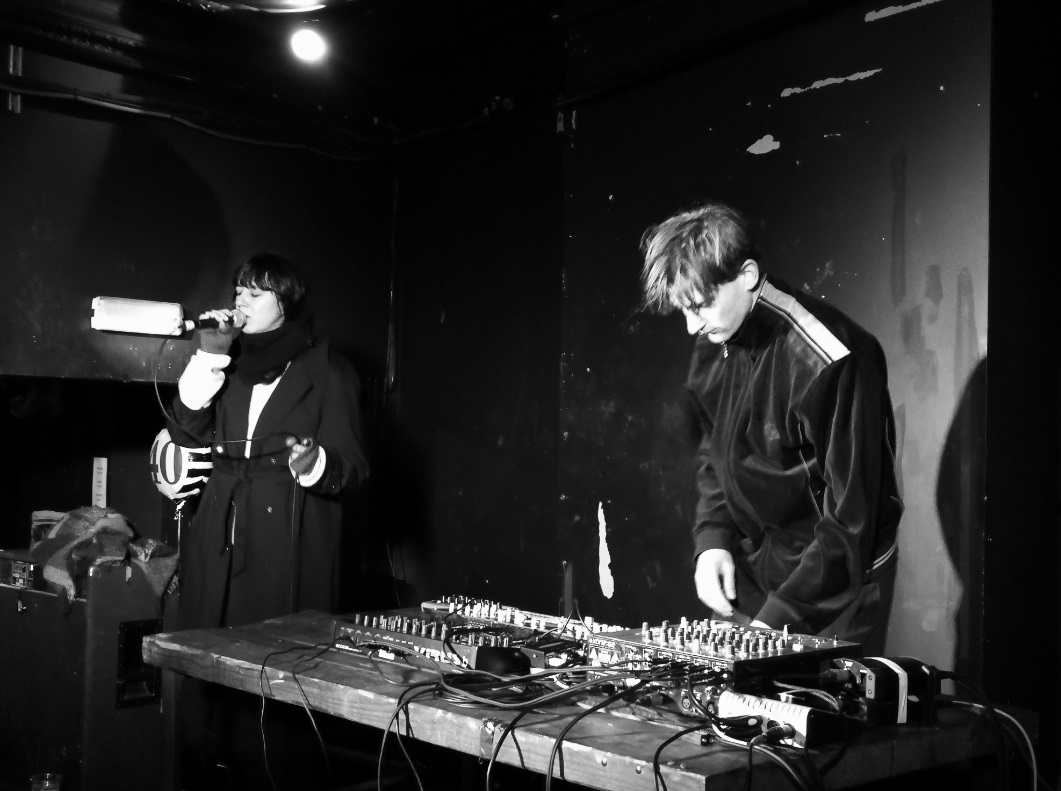 I personally stumbled across Blue Hawaii when they recorded a body-moving live set in 2014 for KEXP Seattle radio station on the internet. The first song ‘Ghosten’ being the pick of the bunch because of Ra’s superb silky vocals wrapped around a groovin’ nightclub sound. Over the years KEXP has been a rather good source for upcoming artists as I can recall discovering fellow Canadian Grimes performing a session well before she was famous.

The duo rekindled their creative flame in 2016 and begun writing music about an intimate relationship Ra was experiencing mostly over instant messaging, sparking ideas about the meaning of closeness in our highly connected world. The outcome being their new album ‘Tenderness’. 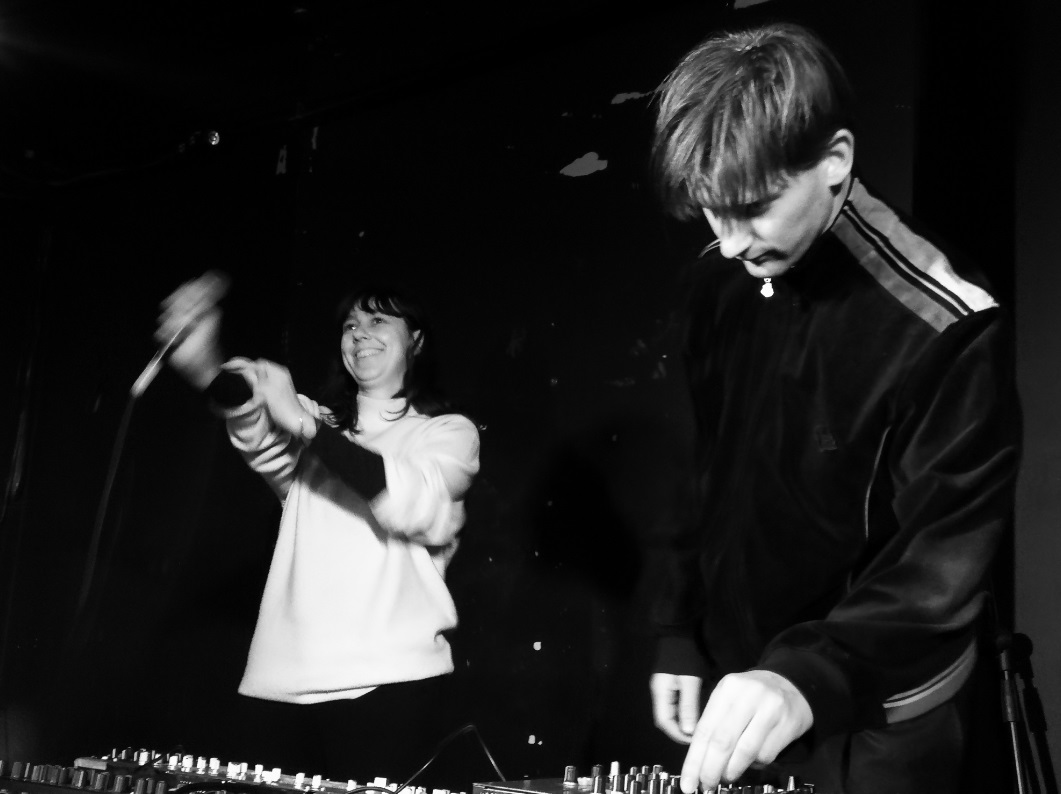 So tonight upstairs at The Joker, the lucky punters were treated to an engaging set, which started with Ra dressed as though she was going on an Arctic expedition as she said that she was very cold. My car’s temperate gauge had read three degrees prior to the gig. Slowly track by track she took off her winter-ware and warmed up as indeed the appreciative crowd were too.

Ra was rather good at engaging with the crowd this evening, whether it be the hot chilli’s that she had eaten that evening or her friend swimming around Brighton Pier. Continually throughout tonight’s gig, Agor (and sometimes Ra whilst singing) were both knob-twiddling their electronic boxes including the decent Allen & Heath Xone:62, which is the mixer of choice for many of the world’s greatest DJs, although Ra amusingly did had a pop at it for having gremlins in their sound. 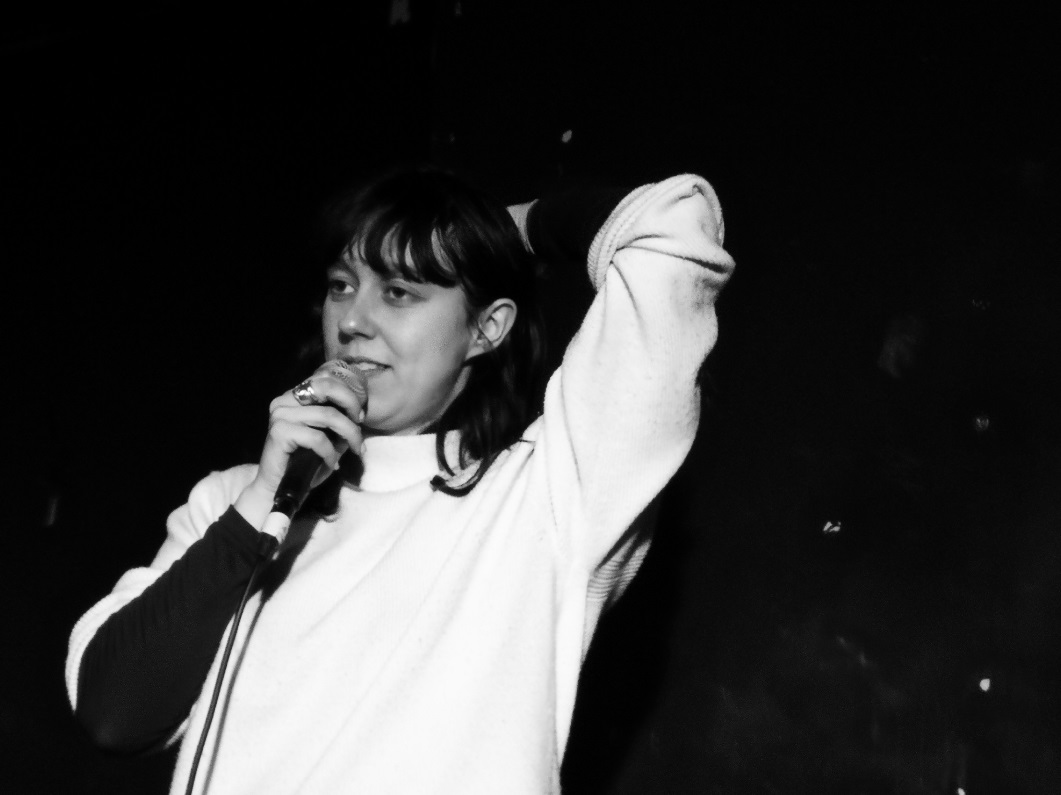 I enjoyed the evening having a little bop around to their dancey tunes and would recommend that you check them out.

The new Blue Hawaii album can be heard and purchased here: http://smarturl.it/9vj2m5 and for more information on Blue Hawaii, click here: https://www.facebook.com/trubluhawaii/

The support artist this evening was the strangely named artist called Dinner (yes really), who hails from Denmark but apparently used to reside in Berlin. Before he told us he was from Denmark, I was trying to guess and I thought it would be somewhere in the Balkans judging by his accent. On stage, Dinner (alas I don’t know his real name) had assistance from his friend that I thought he called Yousuf, but on investigating, could actually be Jannis Noya Makrigiannis from Choir of Young Believers, who hails from Copenhagen.

Dinner ‘served up’ a most surprising set this evening in support of his new album titled ‘New Work’, which came out on Captured Tracks in September, which you can enjoy here: https://dinnerct.bandcamp.com/

His set started with a strange howling number, but that was nothing, he then joined the crowd and asked them all to sit in a circle whilst he laid on the floor in the middle, occasionally placing his head on certain members laps whilst still singing. A clear tactic for hiding his possible lack of singing abilities no doubt – imagine Nico as a bloke! When back on stage, he camped it up Marc Almond style, he jerked like David Byrne did in the ‘One In A Lifetime’ video and danced rather strangely indeed.

One thing is certain that Dinner certainly is a character. Was he mad, unhinged, emotionally unwell or just a showman following his own direction? He has easily set himself up for ridicule, however, all of the varied crowd tonight, were putty in his hands. Dinner is going to do his own thing whether you like it or not, but by the end you will be converted!

If you enjoy synth music like the Blue Hawaii, then the chances are that you will also enjoy the bands listed below. Simply click on each of the names and they will take you to our concert reviews on those bands: