The accolades, announced in London today (Tuesday 21 November), come a month after the company won Bus Operator of the Year at the National Transport Awards.

Another Brighton bus company, the Big Lemon, was a finalist in the Environment category.

Brighton and Hove Buses managing director Martin Harris said: “I’m very privileged to work with such talented and dedicated people – everyone from great drivers such as Phil to those who work tirelessly behind the scenes like Ashley and marketer Mike Cheesman who has edited Bus Times for the last 30 years.

“I’m delighted all my colleagues and their huge efforts have been recognised in this way.

“Winning the double in the same year is extremely rare if not unique and is a huge tribute to the people who work for the bus company.

“We’ve worked hard to make the company a great place to work and clearly some of that is now beginning to show.

“We can’t do what we do without the support of our partners in the city – in particular Brighton and Hove City Council who make it possible for us to deliver an award-winning bus service for our customers.” 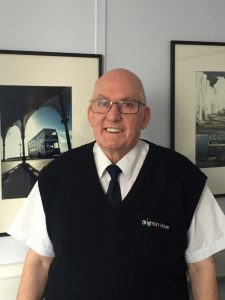 Unsung hero Mr Burrows Ashley is responsible for ensuring the real-time signs at bus stops and the associated kit fitted into each of the company’s 280 buses is reliable.

The company said that it was the only system of its kind outside London, adding: “It informs drivers of their route, the next stop as well as scheduled times for each stop, the current time and whether the bus is running late or early and by how much.

“He’s also working hard to develop a pioneering hearing loop system for the whole fleet of buses via the real-time audio kit to help customers who are hard of hearing.

“And he’s the man responsible for literally keeping the lights switched on aboard the magnificent Santa Bus that fundraises in the city in the run up to Christmas.

“He was nominated for the number of compliments he receives from passengers for his great customer service.” 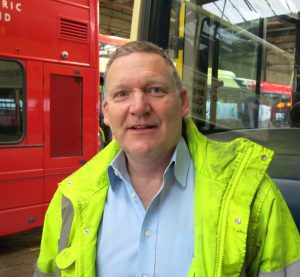 The award organisers said: “Top City Operator is sponsored by Init Innovations and recognises companies that provide an outstanding service, embrace technologies and are truly committed to their customers and employees.

“Brighton and Hove Bus and Coach Company continues to see more and more passengers joining them on board.

“The company has next-stop audio and visual announcements as well as free wifi across the entire fleet and almost all buses have USB charge points at every seat.

“They have been at the forefront of innovations to help make bus travel accessible for all and even employ a dedicated accessibility officer.

“The company’s superstar driver, Phil Hadley, took on tens of thousands of bus drivers nationwide, and was recognised with the bronze award for his achievement in delivering outstanding customer service.

“Phil gets so many customer compliments, the joke at his local depot is they’re no longer counted, but weighed.”

He said: “The only reason I do what I do is because I want to build a better community to live in.”

“They felt that their dedication to improving the customer experience was outstanding.

“They also make great use of social media helping to keep their passengers informed throughout the day and evening.”

The UK Bus Awards have been recognising excellence in the bus industry for more than 20 years.

The award ceremony was held at the Troxy in the East End of London today.