Albion came up trumps yet again this year as they hosted just over 2000 Young Seagull members for the annual Christmas Party at the Amex Stadium.

Not only could the young fans meet the entire squad for an autograph and photo session, there was also a host of other activities to keep them thoroughly entertained. 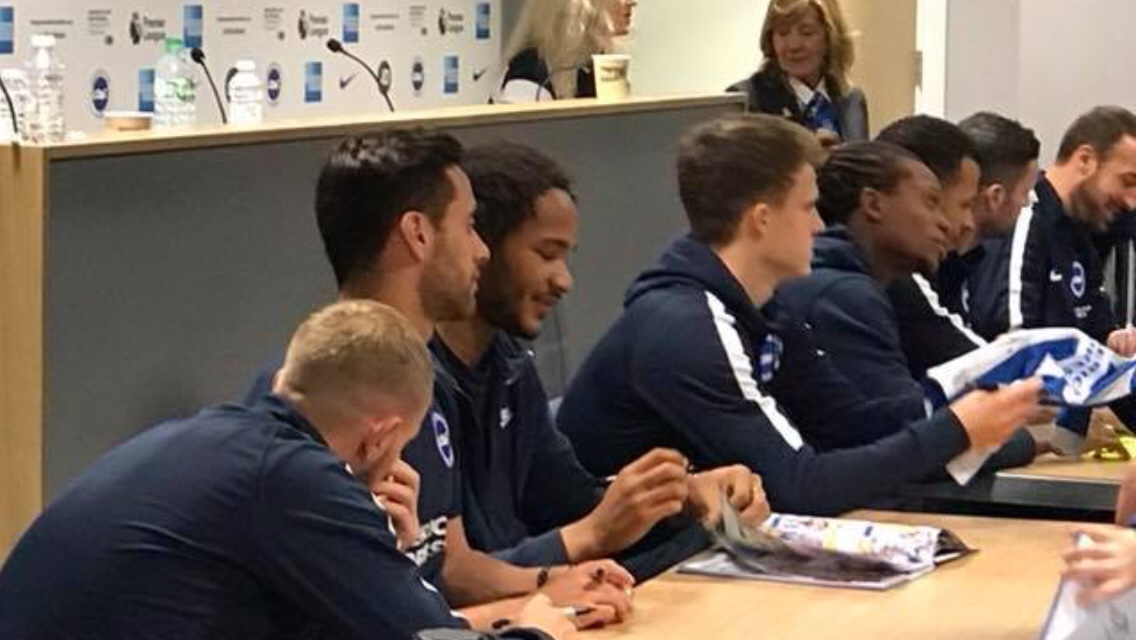 Former chairman Dick Knights hope that no future generations of the ‘children of Mile Oak’ would be lost to the club, is paying off, as most of youngsters proudly wore replica Albion tops

Aside from Santa’s grotto,the kids could visit a Candy Cane Forest in the Harvey’s Lounge and play traditional fair ground games to win a prize. There was also an all day disco in the Mansell McTaggert lounge – with spot prizes being given out for the best dancers

One of the more popular events occurred in the Mayo Wynn Baxter lounge, where a magician, a bubble sculptor and very lifelike Polar Bear entertained the children. 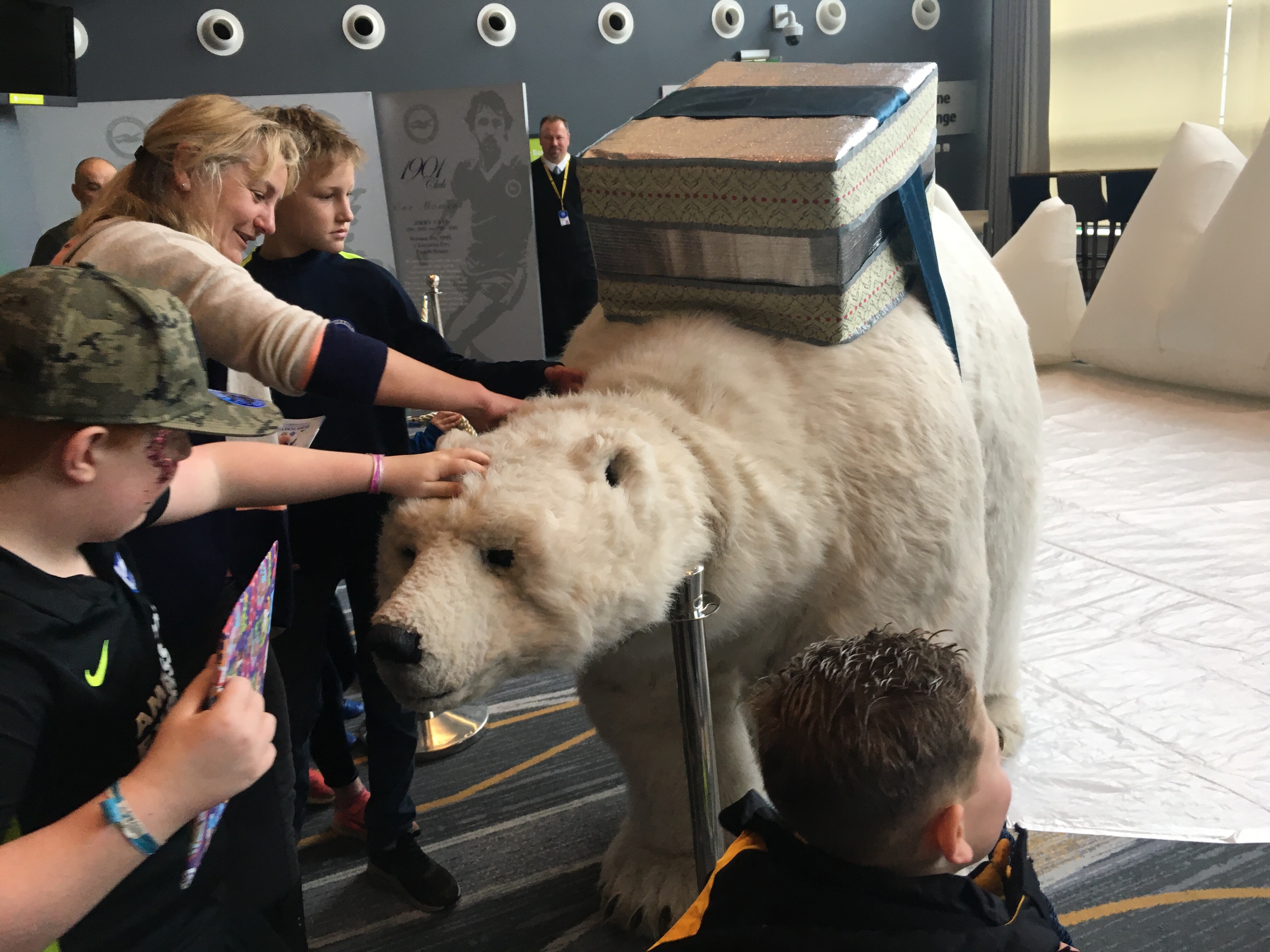