Two people fled the scene of a car crash which knocked a parked car into a parking meter with such force it was ripped out of the ground. 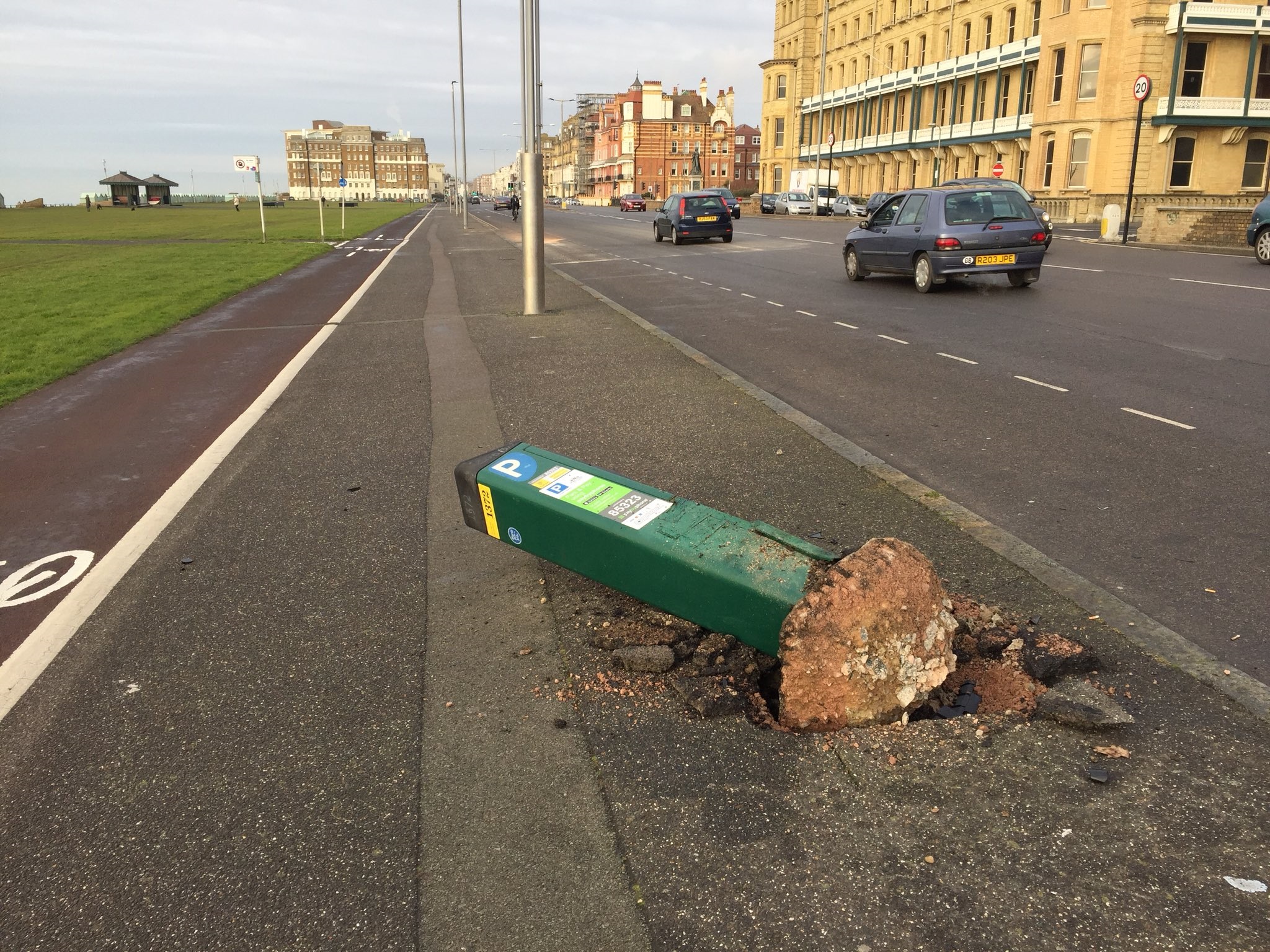 The pair were seen to run from a silver Peugeot 308 after the crash at about 5.47am yesterday morning, one of whom had a facial injury. Police believe they were the driver and passenger of the car, which is thought to have been stolen.

A police spokesman said: “A car collided with a parked vehicle in Hove on Sunday morning (December 17) and then overturned. The occupants, believed to be the driver and a passenger, escaped from the car and ran from the scene.

“Emergency services were called at 5.47am to the junction with Second Avenue where the silver Peugeot 308 had collided with a silver Ford Kia Picanto, pushing it into street furniture, before overturning. Two people were seen to run from the car and on to the beach, one apparently with a facial injury.

“It is believed that the car was taken without the owner’s consent and enquiries are under way to establish the circumstances. Anyone who witnessed the incident, saw the Peugeot in the vicinity in the time leading up to the crash or who has any other details, is asked to report online or call 101 quoting serial 300 of 17/12.”