Fiveways Wilf – the much-loved cat who was mewmorialised on the number 46 bus – now has an illustration of him looking out from the top deck with some of his cat friends also on board. 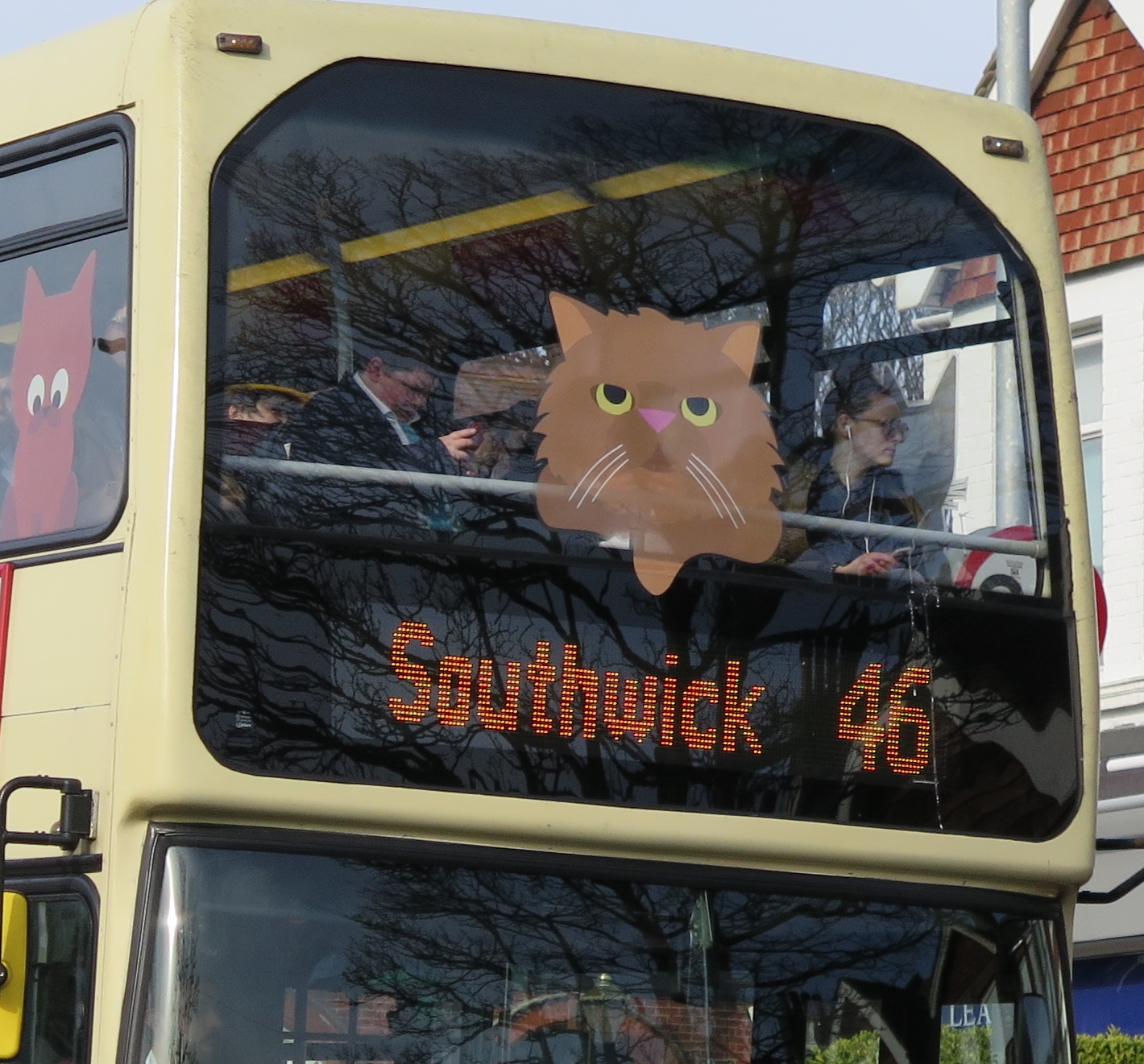 Brighton & Hove Buses has now redesigned the whole bus to feature cat designs in the windows of the double decker.

Brighton & Hove Buses’ Marketing Manager Carole Richmond said: “We’d named the first of our buses after a cat and in response to social media requests, the natural next step was to dedicate the whole space to cats in the same way as we’d done with our doggy bus. Now we have the purr-fect complement to it.”

A couple of cat outlines have been left blank for customers to send in pictures of their pet felines as part of a competition to win an illustration of their cat on the bus – to be launched in July. The winning cats will be announced after a short paws on International Cat Day on August 8. 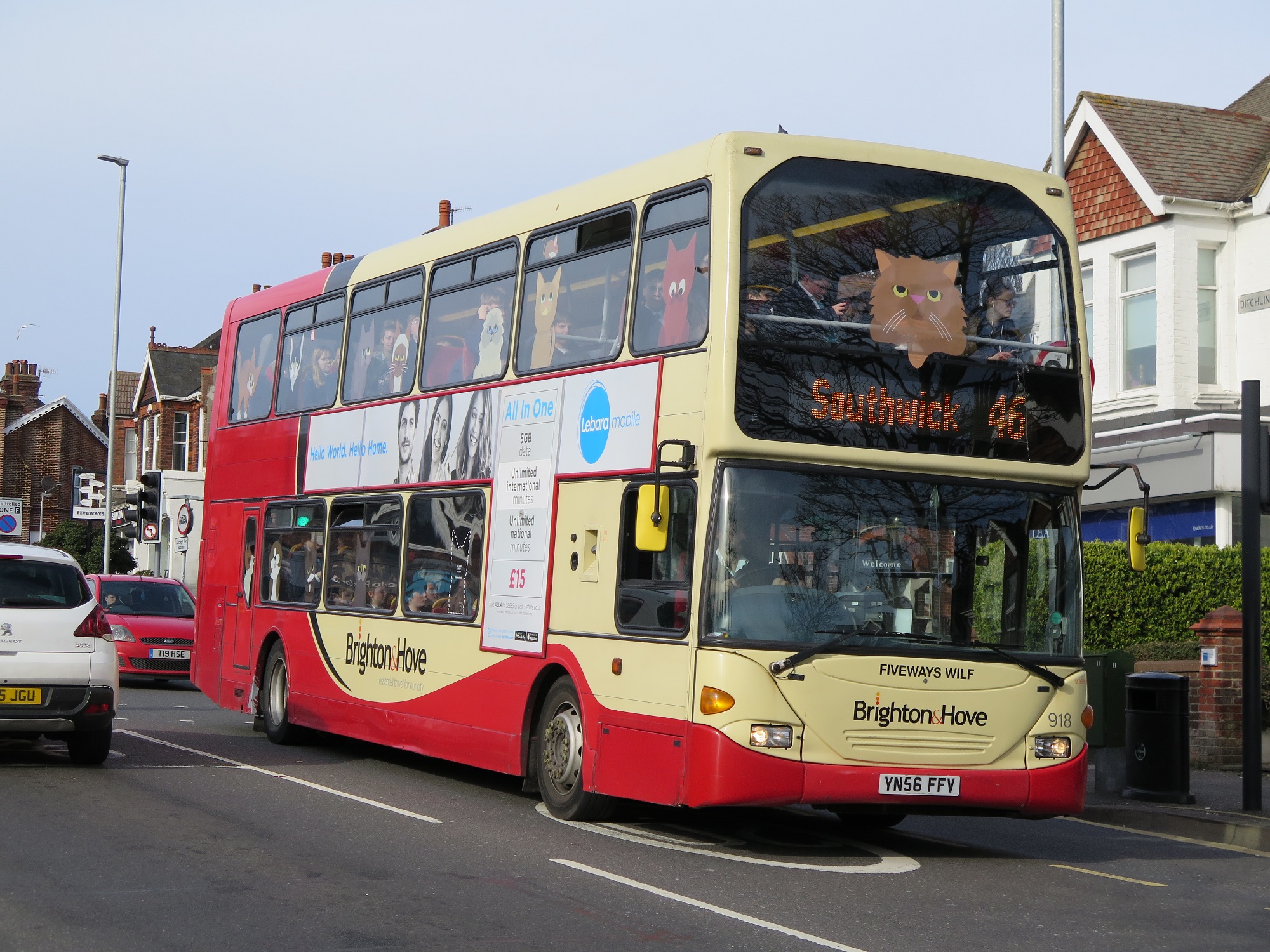 The bus, which goes to Fiveways, was named after the Fluffy Persian Wilf sadly passed away. He was famous for roaming the streets of his manor in Fiveways endearing himself to locals and traders in the cafes and shops and was a regular on the 46 bus when he attended a vet in Hove.