The Crown Prosecution Service has been fined £325,000 after 15 child sex abuse victims’ interviews vanished from its Brighton offices.

The police interviews had been sent on unencrypted DVDs from the CPS offices in Guildford to the organisation’s offices in Dyke Road, Brighton.

The Information Commissioner’s Office (ICO), which imposed the fine, said: “The DVDs contained recordings of interviews with 15 victims of child sex abuse to be used at the trial.

“This is the second penalty imposed on the CPS following the loss of sensitive video recordings.

“The DVDs contained the most intimate sensitive details of the victims, as well as the sensitive personal data of the perpetrator, and some identifying information about other parties.

“The DVDs were sent by tracked delivery between two CPS offices, with the recipient office being in a shared building.

“The delivery was made outside office hours, and the DVDs – which were not in tamper-proof packaging – were left in the reception.

“Although the building’s entry doors were locked, anyone with access to the building could access this reception area.

“The DVDs were sent in November 2016 but it was not discovered that they were lost until December.

“The CPS notified the victims in March 2017 and reported the loss to the ICO the following month.

“It is not known what has happened to the DVDs.

“The ICO ruled that the CPS was negligent when it failed to ensure the videos were kept safe and did not take into account the substantial distress that would be caused if the videos were lost.

“It also found that, despite being fined £200,000 following a separate breach in November 2015 – in which victim and witness video evidence was also lost – the CPS had not ensured that appropriate care was being taken to avoid similar breaches re-occurring.” 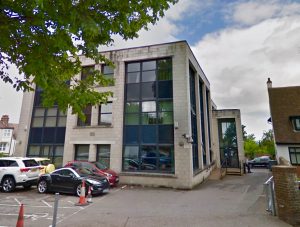 The CPS offices in Dyke Road in Brighton

Steve Eckersley, head of enforcement at the ICO, said: “The victims of serious crimes entrusted the CPS to look after their highly sensitive personal data – a loss in trust could influence victims’ willingness to report serious crimes.

“The CPS failed to take basic steps to protect the data of victims of serious sexual offences.

“Given the nature of the personal data, it should have been obvious that this information must be properly safeguarded, as its loss could cause substantial distress.

“The CPS must take urgent action to demonstrate that it can be trusted with the most sensitive information.”

Uber talks about it all going wrong at Brighton conference