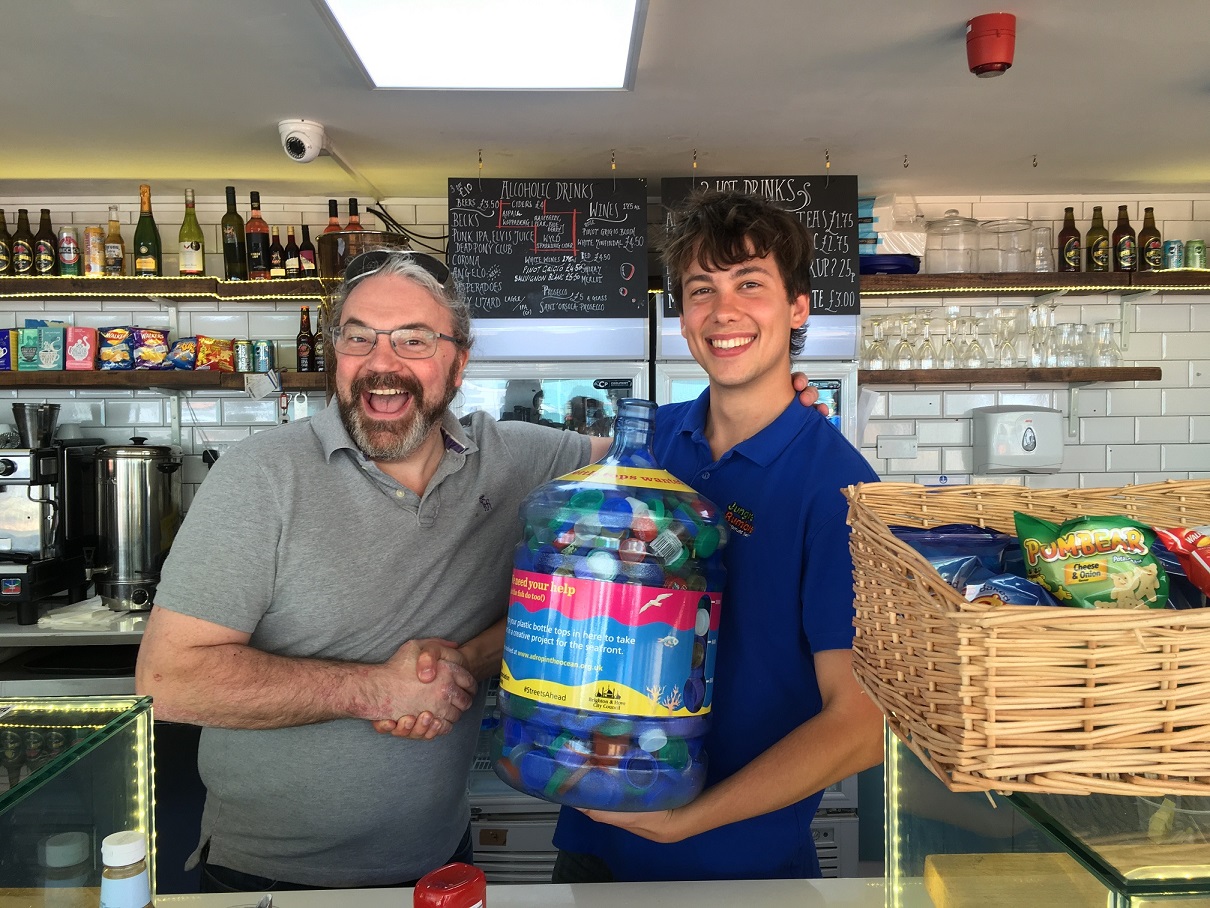 Volunteers collected almost 10,000 plastic bottle tops from Brighton and Hove beaches in just three months – waste which will now be sorted and turned into a public infographic to educate people of the dangers of plastic waste in our seas.

Community project A Drop in the Ocean now has 9,320 caps either found on the pebbles or intercepted at beachside cafes, bars and kiosks to turn into the infographic, which will be displayed on the fence bordering the Volk’s Railway.

Running from March 2018 to March 2019, the project consists of three three-month phases. The first official bottle top count took place on 24 and 25 May, and last week volunteers helped make them into the first part of the infographic.

A Pier 2 Pier Silent Disco Beach Clean was also held on Friday to mark World Oceans Day and was co-hosted by A Drop in the Ocean. 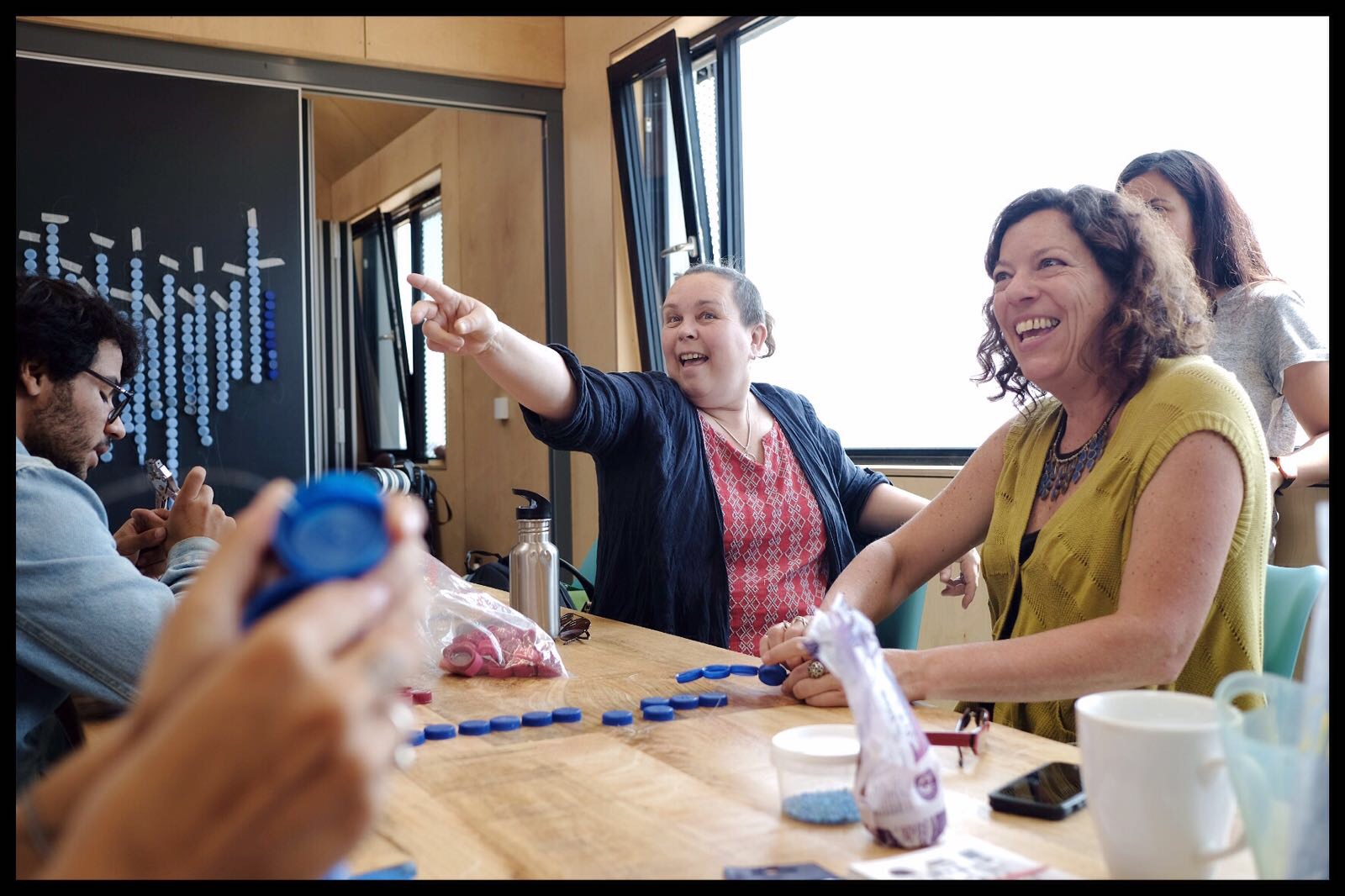 Kemp Town resident Irene Soler started the project. The permaculture designer, who has been photographing her beachcombing finds for a series called Souvenirs Brighton Beach since 2014, chose bottle tops for the project because they were something she was finding almost every time she walked on the shore.

Besides being easy to store and count, Soler felt the tops’ bright colours would make an eye-catching design. This she hopes will raise awareness about the impact of plastic on our oceans.

She said: “I hope that when people see all these little bits of plastic – each one with the potential to kill a sea bird, fish or other creature – they’ll think twice before leaving their bottle tops lying around.

“Even better, that they’ll go out and buy that reusable bottle they’ve been meaning to get for ages! It will show how small bits of plastic add up, but the positive spin on that is that it will show how, if we each make a relatively small change, that could add up too.”

Bottle tops are small enough to be swallowed whole by many sea creatures, may be slow to degrade, may float for a long time, and are among the top five items found on beaches around the world according to the North Sea Foundation’s 2017 Bottle Cap Report.

Individuals who regularly do their bit to clean the beaches can also separate the bottle tops they find and add them to the tally.

Although the project was launched by Soler and The Appreciation Society without any funding, The Rampion Fund saw the potential of the project and granted funding at the end of March.

Rampion’s Sussex Community Foundation Programmes Manager Hannah Clay said: “This will help raise awareness of the impact of plastic pollution – a good example of one of the first projects supported through the Rampion Fund. We look forward to seeing the results when the installation is complete.”

Brighton and Hove City Council have also been involved since the beginning through their #StreetsAhead campaign.

Hove man back behind bars