Health chiefs in Brighton and Hove have been told to cut £14 million from their £425 million budget – or 3.3 per cent – in the current financial year.

The cuts are expected to be made by the end of next March after the clinical commissioning groups (CCGs) in the Central Sussex and East Surrey Commissioning Alliance racked up an £87 million deficit.

The details of which services face spending cuts has not yet been made – at least, not publicly – and the Commissioning Alliance promised to consult patients, the public and professionals.

Brighton and Hove came closest to keeping to budget despite the rising demand for services. But it is still expected to find savings totalling £14 million in the coming nine months.

The Commissioning Alliance, where the accountable officer and chief executive is Adam Doyle, who also heads the Brighton and Hove CCG, set out the scale of the cuts in a briefing.

The briefing: “The NHS nationally is facing significant challenges as it tries to meet an increasing demand on services with restricted finances and resources.

“People are now living longer and with ever more complex health needs and this is making it more difficult to afford all the health and care services that the NHS currently pays for.

“This is being particularly felt in the work of local clinical commissioning groups (CCGs), who are responsible for buying and planning health services for their local populations.

“At the end of the last financial year (2017-18), the CCGs of the Central Sussex and East Surrey Commissioning Alliance recorded an overall deficit of £87 million. This is much worse than planned and worse than the previous financial year.

“For the current financial year (2018-19), we have agreed with NHS England a collective ‘control total’ of £65 million deficit.

“A control total is an agreed financial position that NHS organisations are expected to achieve at the end of the financial year. It effectively acts as an agreed overdraft that CCGs cannot exceed.

“This control total only relates to commissioners and does not take into account deficits from local health and care providers.

“If we manage to end the financial year within this £65 million deficit, we will receive £65 million of ‘commissioner sustainability funding’ and will, therefore, achieve a break-even position. 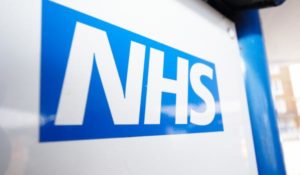 “This represents a significant opportunity for the CCGs to establish financial stability.

“To achieve a £65 million deficit, however, the Alliance CCGs must collectively save a total of £50 million.

“This represents 3.5 per cent of the total allocation of money across the five CCGs, which is £1.4 billion.

“Saving this amount of money will be a significant challenge but we are committed to doing so.

“We have a duty to ensure local services are being commissioned in a sustainable and affordable way and that we do not carry on spending more money than is available.

“In the long term, we know the solution lies in a health and care system where there is a greater emphasis on prevention and care closer to home, relieving the pressures on our hospitals.

“We are currently developing plans to achieve this long-term transformation of services. 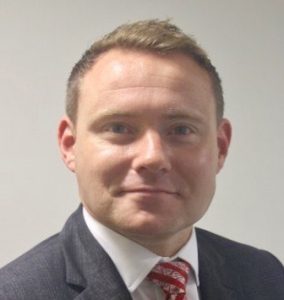 “However, right now we must be open and honest about our financial situation with our patients, public and stakeholders and ensure they recognise that it will require difficult decisions to be made about some services that are not considered to be cost effective.

“As part of this, clinicians are currently reviewing all health and care services that have limited or no clinical benefit to patients to identify any areas where money is not being spent as effectively as it should be.

“Any decisions proposed as a result of this review will be based on whether a service is clinically effective and is a clinical priority, as well as input and feedback we have received from our local population.”

The briefing said that the commissioner sustainability fund, totalling £400 million, had been set up by NHS England to support CCGs that would otherwise be unable to live within their means for 2018-19.

It said: “All CCGs are expected to plan against fixed control totals at the start of the financial year  any CCG that has been set a deficit control total will be eligible for the commissioner sustainability fund.

“The value of the fund is set to bring CCGs back to a financial balance position but it will only be allocated as long as the control total is achieved.

“The purpose of the fund is to reduce the deficits of CCGs and should not be considered a source of funding for additional investment in the health economy.

“However, if CCGs achieve their control total and earn the commissioner sustainability fund bonus, they will start the next financial year in a much stronger position to commission local services for their populations.”

The briefing note also set out how control totals are allocated, saying: “Every CCG nationally is allocated a control total by NHS England, which is set based on historical expenditure and the financial performance in 2017-18.

“Any CCG that has overspent in 2017-18 is expected to reduce its rate of expenditure by at least 1 per cent of its allocated budget as an absolute minimum.

“For those with more significant and/or longer-standing cumulative deficits, they are required to make faster improvements and achieve previously agreed saving plans.”

NHS England said: “The control totals for CCGs with cumulative deficits have deliberately been set to be challenging, and we recognise that in some cases they may not be achievable through the application of more conventional modes of efficiency savings.

“In those cases the CCGs will be supported in developing a more ambitious savings plan which enables it to achieve its control total, albeit recognising that this may require difficult choices to be made.”

The briefing added: “To achieve the shared £50 million saving, each CCG in the Alliance has agreed to save a certain percentage of their annual allocation of money. This percentage is between 3.3 per cent and 3.9 per cent.

“Brighton and Hove CCG has managed to either record a small surplus or break even financial position in previous years.

“However, we know this year will be very challenging and it is expected that the CCG would record a significant deficit at the end of the financial year if we did not take action. This could be in the region of £12 million.

“It has, therefore, been agreed that the CCG will try to save 3.3 per cent of its allocation of £425 million.

“This is the smallest percentage compared to the other CCGs in the Alliance and represents £14 million of savings.

“We are planning to be very clear, open and honest with our patients, public and all stakeholders about the financial challenge we face and what actions will need to be taken as a result.

“We are working to ensure appropriate patient and public involvement takes place as part of our decision-making process.

“We will be holding regular verbal briefings throughout the financial year with stakeholders, members of the community and voluntary sector and Healthwatch.

“We are also running a sustained programme of public engagement throughout the rest of the year across the Alliance CCG areas, known as the Big Health and Care Conversation.

“This will enable us to engage and inform the public about the issues we face and to listen to and capture their feedback to help us make sensible decisions.

“As well as patients, the public and stakeholders, we will continue to update and discuss with local GPs through the regular membership meetings that take place.”