Mark Robinson has a good eye for a player. These days he’s in charge of England’s successful women’s team and is credited with spotting the potential of opening bat Tammy Beaumont. 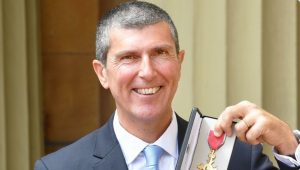 Last week she scored successive hundreds in a one-day and T20 international having been on the fringes of the set-up when Robinson took over as head coach.

I remember a conversation with him before he left Sussex a couple of years ago.

We were discussing who was coming through Sussex’s academy and a name he flagged up was Tom Haines.

It was Boys Own paper stuff at Arundel this week. Haines had to be driven from a second-team game in New Malden by his mum to make only his third appearance in the Championship match against Durham, after Chris Jordan was called up by England Lions.

Head coach Jason Gillespie has no option but to give young players a go.

The days when Sussex were competing with bigger counties for the top players are over, at least while they remain in Division Two.

Sussex fans love nothing more than seeing one of their own come through.

Whether Haines has the same sort of career as, say, Ben Brown remains to be seen.

But his story should encourage every youngster playing age-group cricket for Sussex this weekend.

If you’re good enough you’ll get your chance. After that, it’s up to you.