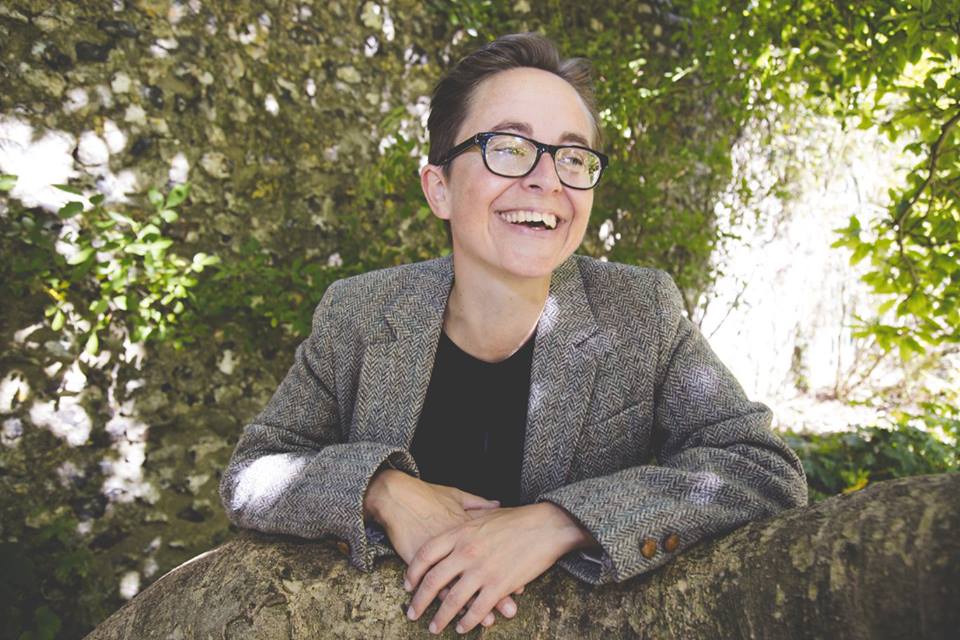 University librarian Allie Rogers can often be found among the thousands of books in the University of Brighton library – but now she’s earning accolades for her own literature.

The author’s debut novel Little Gold, which draws on the author’s childhood memories of Brighton, has been longlisted for the Polari Prize.

Founded by journalist and author Paul Burston in 2011, the prize is awarded to a writer whose first book explores the LGBT experience in poetry or prose, fiction or non-fiction.

A shortlist of six titles will be announced on July 24, with the winner being revealed on October 20 as part of the London Literature Festival.

Allie said it was “hugely encouraging” to be longlisted. She said: “Having a first book published at the age of 46 was wonderful but also daunting, so this recognition is very welcome. To have made the longlist is an honour.”

The author, who works 20 hours a week at the University’s Falmer library, created Little Gold around her part-time job – and wrote large parts of it on campus.

She said: “I wrote a lot of it in the computer room at the library, both on my days off and late in the evening when I had finished work. I am lucky in that once a story has gripped me, I am driven to write and don’t tend to struggle to get down to it.”

Little Gold is a strictly fictional work, although Allie admitted some of her own experiences had filtered through to the novel. Her memories of Brighton played a big role in the writing. The author said she felt lucky to have been born and raised in the city.

She said: “There’s nowhere quite like Brighton, is there? I have always felt that being born here was a blessing from a passing lesbian fairy, as it was a wonderfully empowering place to grow up, come out, and later, to raise my own children.”

Allie added that the Polari Prize was important in boosting LGBT voices in publishing. There were four times the amount of submissions for this year’s award compared to the average.

Allie said: “I can only hope that this is an indication that the publishing world is finally waking up to the need for greater LGBT representation.”