A paedophile from Hove has been jailed for 12 years for 17 counts of abusing seven boys over 14 years.

Green, a former sports coach, was regarded as a friend and mentor by Roy Whiting, who is serving a life sentence for the murder of eight-year-old Sarah Payne in July 2000.

A statement by one of Green’s victims was read out at Lewes Crown Court this afternoon (Friday 21 September) by barrister Richard Cherrill, who prosecuted the case over the past three weeks.

The victim, who was in his early to mid teens but under 16 when Green abused him in the early 1980s, said: “All my life this has haunted me and has been a dark demon I have had to live with.

“I have been too ashamed to tell anyone thus being very lonely and as a result I have suffered anger and temper issues.

“My ex-wife never knew throughout our 23 years of marriage and she never understood why I was the way I was with certain things which resulted in arguments.

“I believe this was partly to blame for the break up of our marriage.

“I have had a massive fear of hot baths ever since the incident (when Green abused him) and as a result I have cool baths. I also prefer a shower but miss just being able to relax in a bath.

“Taking a bath constantly reminds me of the incident, thus I shy away from baths.

“I missed out when it came to bringing up my children. I was very hands off throughout their upbringing which saddens me.

“I was never involved in their bath time, getting dressed or changed their nappies etc. I would always make myself scarce.

“I would often go off and sometimes cry when my wife bathed our children. It always brought back memories and my wife could never understand. 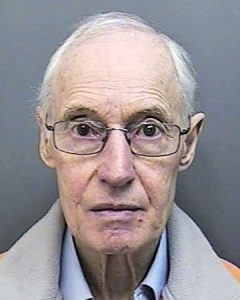 “Now I have grandchildren and they come over to stay and sometimes they have to have a bath. I am unable to get involved. My partner does it all.

“I had tried taking my own life in the past when my marriage broke down and was blaming myself and frequently considered it in the past as the mental scars are sometimes unbearable to live with.

“I frequently get flashbacks through something or someone will remind me of my demon.

“My only coping mechanism is to bury my head in work. I am unable to relax otherwise my mind starts to wonder.

“Since I had told the police about two years ago I have had a mental breakdown. I could not handle the fact that someone else knew.

“As a result I ended up self-harming to stop the mental hurt and as a result I needed hospital treatment.

“Not a day goes by without it being on my mind and will always be there till I die.”

Green assaulted boys during trips to the cinema in Brighton and at his home in Nevill Road, Hove, where he lived at the time.

He also abused boys when teaching at Windlesham House School where he was a coach.

Although he denied the charges, a jury convicted him on all 17 counts.

He appeared frail in court and is believed to have suffered a minor stroke or strokes.