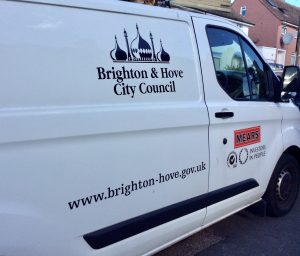 Plans to bring council house repairs and customer services in house when the city council’s ten-year contract with Mears ends in 2020 were approved last night.

Although councillors were divided on party lines over many details, members voted officers’ recommendations through – despite estimates that it will cost almost £8 million.

However, planned maintenance works and building new homes will continue to be contracted out, but to a range of companies rather than just one.

Conservative councillor Joe Miller criticised Labour and Green councillors for voting in an ideological way in what he described as against tenants’ interests.

He spoke in support of bringing customer service in-house but decribed the rest as ”pay more, get less”.

“I know anecdotally tenants’ dissatisfaction has not been with the repairs service but with major works.”

An amendment was put forward by Conservative councillor Mary Mears and seconded by Councillor Dawn Barnett calling for a new contract with an external provider for the responsive repairs service.

Under this amendment the £1 million earmarked to set up an in-house service would be spent on buying extra council housing stock, with £618,000 put into the estates development budget.

Labour and Green councillors voted together to defeat the Conservatives.

During discussions Councillor Mears wanted to reiterate that she had no links with the current contractor Mears.

She said: “I’m Brighton born and bred. The family business is selling fruit and veg in the Open Market. I didn’t own a multimillion-pound company.” 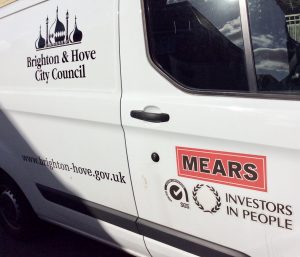 Councillor Mears said that the Conservatives supported plans to bring customer services and quality assurance in-house, which was what tenants wanted.

She said that the contract with Mears was “badly managed” and expressed her concern about the prospect of officers using delegated powers, describing it as a “blank cheque” situation.

Raising concern about the future, she said: “I do not think this council has the expertise or know how to deliver this.

“I am concerned they will be paying more and over time get far far less.

“Those who want to vote for this, you explain to tenants in the future why they cannot have what they want because you have spent their money.”

Labour councillor Peter Atkinson raised concerns about setting up a new service in such a short time.

However, in response, council partnering and performance manager Glyn Heulin said that other councils had managed to bring services in-house within a year.

In response he had particular praise for what was described as the Preston model for planned maintenance works where local firms bid for contracts.

He said: “We cannot expect after ten years for council management to take major capital projects on a large scale.

“I hope this also brings value for money for our lease holders.”

Two amendments were put forward by the Greens. Councillor Tom Druitt put forward an amendment to remove kitchen and bathroom replacement programmes from the maintenance programme.

He praised the benefits of bringing services in-house. He said: “As a small business owner, it is always cheaper to do as many jobs as possible ourselves.”

His amendment, seconded by Councillor David Gibson, called for a separate contract for kitchen and bathrooms and a review on bringing these back under council control.

Councillor Gibson said that Islington Council had workshops for building kitchens and bathrooms.

Labour and Conservative councillors voted against the proposal to defeat the Green amendment.

Labour councillor Tracey Hill described the council’s position as between the Conservative and Green amendments.

She said: “We feel we are listening to our tenants. These are our properties and we should be able to manage them ourselves.

“We should not be talking down managers, we are doing this with our eyes open.

Conservatives abstained from granting delegated authority to the executive director of neighbourhoods, communities and housing.

A further £982,000 for 2019-20 for set up from HRA reserves, in a six to four vote with the Greens and Labour councillors outnumbering the Conservatives.

The council’s in-house repairs service is expected to work from the Housing Centre in Eastergate Road, Moulsecoomb.

It is responsible for 11,550 council houses and flats plus 2,900 leasehold properties.