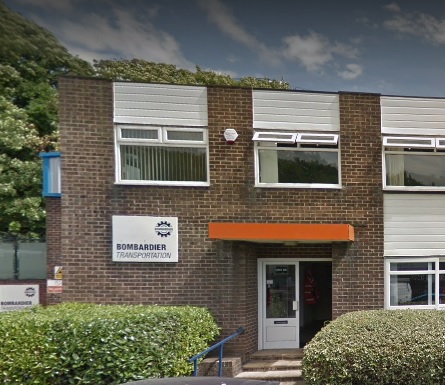 Two men already sentenced over a £780,000 Brighton-based fraud against an international rail company have now had proceeds of their crimes confiscated by a court after an investigation by Sussex Police financial crime experts.

Following an application by the Crown Prosecution Service at Brighton Crown Court on Thursday (8 November), confiscation orders under the Proceeds of Crime Act were issued against Andrew Saunders, 53, of Benjamin Grey Drive, Wick, Littlehampton, and his co-defendant Roy George, 56, of Roderick Avenue North, Peacehaven.

Both had been sentenced at Hove Crown Court in October last year.

Saunders had been convicted and sentenced to six years imprisonment for fraud by abuse of position, contrary to the Fraud Act 2006.

George had pleaded guilty to money laundering the funds from the fraud in relation to one of the companies involved, and was sentenced to two years imprisonment, suspended for two years, and was ordered to carry out 300 hours of unpaid work.

At the hearing on 8 November, Saunders was found to have benefited by £786,460, and a confiscation order for his currently available assets of £85,144.60 was issued. He is required to pay within three months and will serve an additional one year if he does not – and will still have to pay.

At the same hearing George was found to have benefited by £118,000 was was ordered to pay the full amount, also within three months. He will serve an extra 14 months imprisonment if he fails to do so- and again will still have to pay.

The court ordered all the amounts confiscated to be repaid as compensation directly to Bombardier Transportation UK, who are responsible for maintenance of all Southern Railway trains across the South East.

Saunders had been manager of Bombardier’s Brighton site at Freshfields, and defrauded the company out of £690,000 by manipulating the payment system and paying the money into bank accounts held by him and his then-wife.

He claimed that work had been done for Bombardier by her and his friend’s companies. However the money was ultimately circulated back to his own joint accounts and he led a lavish lifestyle which included purchase of Harley-Davidsons, a hot tub and holidays in the United States.

Saunders defrauded Bombardier Transportation UK by authorising the payment of large sums of money to four fake business accounts from his employer’s account and then transferring the funds to his and his then wife’s accounts.

He created various business accounts in his and his then-wife’s name to receive money transferred from Bombardier’s accounts after signing off on fraudulent purchase orders, but banking evidence showed the enjoyment of the proceeds of criminality, and the concealing of the source of this money by circulating it around the business and personal accounts.

Large amounts of cash were withdrawn for him to spend the money taken from his employer.

He pretended these businesses were providing a service for Bombardier and fake invoices were generated.

The fraud was masterminded by Saunders but he involved George by getting him to set up one of the companies, RAS, for which fake courier journeys for train parts were created.

Detective Constable Fleur Jones of the Sussex Police Economic Crime Unit said: “This was a complex investigation which began when the fraud came to light in 2013, while Saunders was off sick from work and the anomalies in accounting were highlighted by one of his employees.

“There was an internal investigation by the company and the matter was reported to us.

“The two men are friends and George used to supply legitimate courier services to Bombardier Transportation UK through his own company ‘Caddy Couriers’.

“Andrew Saunders abused his position of trust as a manager within Bombardier Transportation UK and defrauded the company out of £690,000 over several years. He used the money to live well beyond his means and pay for a lavish lifestyle. In doing so he betrayed the company and his team, who worked under him and who looked up to him for guidance.

“George was drawn into this offending having been motivated by greed, however he pleaded guilty at an early stage of the court proceedings.

“Following the sentences we carried out a further investigation and, working with the CPS, have now secured these court confiscation orders that will return some of their criminal gains to legitimate society.

“We can also look again at Saunders’ accounts and other financial arrangements, to which we will continue to have access by court order, and if he has later acquired assets that we assess to have been from the proceeds of this offending, we can go back to the court to seek a further Confiscation Order.”