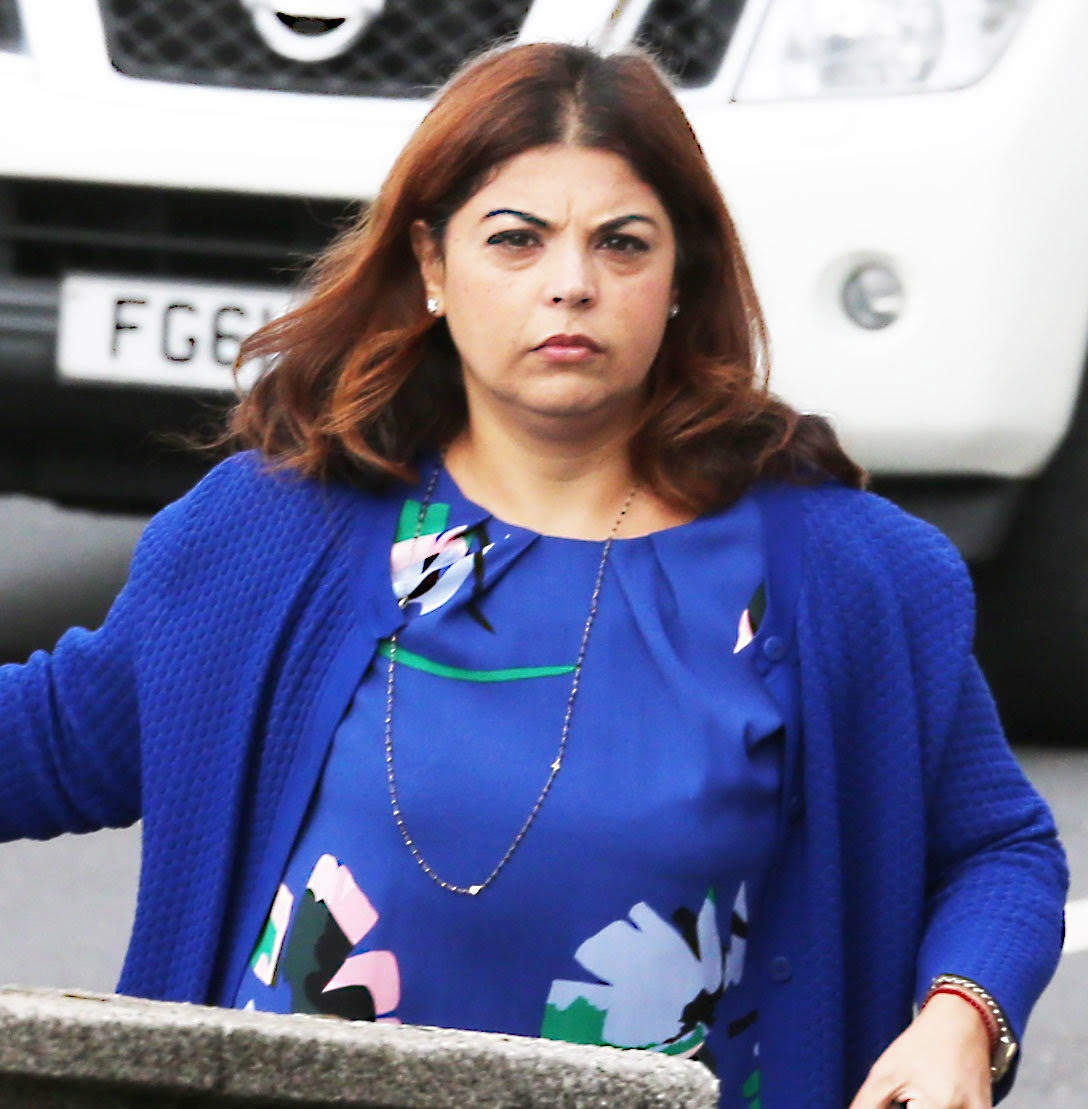 A”vicious, manipulative and devious” woman who subjected her boyfriend to an obsessive and sustained stalking campaign after he broke a so-called love contract has been jailed for four years

Lewes Crown Court heard that Lina Tantash’s deluded behaviour had left Jarlath Rice fearing for his and his family and friends’ safety as she “bombarded” them with a deluge of thousands of phonecalls, texts and emails.

And  Sarah Bolland, his colleague at DV8 College in Brighton, was left constantly looking over her shoulder after she was also targeted as a result of Mr Rice simply liking one of her Facebook posts.

On one occasion, she told an associate of Mr Rice’s that he should give her his contact details “for the sake of your children”. On another, she made several abusive calls to Mr Rice’s sister from a phonebox outside their mother’s house in Ireland.

In a witness statement, Mr Rice said the onslaught had left him “deeply depressed” and even considering suicide. He said: “It has left me shaken, upset and scared.

“She hacked into my voicemails and emails getting personal information about me and threatening to send it to all my contacts. She has turned up at workplaces and houses becoming verbally abusive.

“She physically assaulted me leaving me with a permanent injury to my left shoulder which is a constant reminder of her abuse against me.

“I have moved addresses numerous times, even moving into a cheap hotel for a short period because she would target anywhere I was.

“The aggressive and abusive dismantling of my life has left me vulnerable, frightened and exhausted.”

Ms Bolland’s statement said that she considered herself a resilient person, but the constant phonecalls and contact with her ex-partner had left her fearing for her safety.

In a statement made last October, when Tantash was first arrested, she said: “I’m really concerned about my safety. Apparently she’s in Brighton and I’m really worried, looking over my shoulder. I’m not sure I would recognise her, but she knows where I live and where I work.

“It does make it worse that I was randomly selected off the website. It’s a strange and terrible experience when someone pursues you like this.

“This has really got under my skin because it’s relentless, because every time you turn around there’s another call. You don’t know what risk you’re under because she’s so obviously obsessed and unwell.

“It’s astonishing how much it can impact on your life and thoughts and moods.

“Jarlath keeps on saying sorry as though it’s his fault – it’s not his fault at all. He’s a lovely, caring man and he doesn’t deserve this.”

Tantash and Mr Rice had a brief relationship after meeting over an Easter brunch in Dublin in 2007. But while he considers the relationship ended after just a few weeks, she became convinced they were still an item and started stalking him.

Over the following years, she made him sign two contracts which dictated his required romantic behaviour in return for her not calling in the tens of thousands of euros she claims he owes her. The first one ran to 21 clauses, and the second one contained 40 clauses laid out on three pages of closely typed A4 paper.

Mr Rice signed both contracts in a desperate bid to stop her harassing him – but instead her behaviour escalated.

In 2015, he moved to Brighton to escape her abusive behaviour – but she followed him to the UK, securing a job in Croydon from where her stalking campaign continued.

As well as hiring a private detective to dig up information about Mr Rice and Ms Bolland, with whom she had become convinced he was having an affair, she called up dozens of their colleagues, associates, friends and family.

She also posted a £1,500 reward for Mr Rice’s contact details on the Facebook page of Brighton Youth Centre’s BFest event.

She sent emails haranguing Ms Bolland from the email address handsoffjarlathyouuglywhore@gmail.com. The emails she set up to contact Jarlath after he continued blocking her were more pathetic – loveyouandmissyou@gmail.com, jarlathswitchthephoneonby9am@gmail.com and jarlathseemefridaynightibegyou@gmail.com.

After she ordered hundred of pounds worth of pizzas to the DV8 offices in Queens Square, disrupting an open evening, staff were ordered to be on their guard and everyone’s passwords were changed.

And when she turned up at a DV8 event at the Blue Man restaurant in Queens Road in February this year, Mr Rice finally called the police.

Tantash, 43, broke down in the dock as the court heard how her family had been shamed by her obsessive behaviour, news reports of which had reached them in Jordan.

As Recorder Stephen Lennard retired to consider his verdict, she told the judge she was prepared to leave the UK.

But she looked shocked at  sentenced her to four years in prison for each of the two stalking charges, to run concurrently.

Mr Recorder Lennard said: “However long the relationship was you were never prepared to accept it was over and thereafter you embarked on a sustained and vicious campaign of stalking and harassment which lasted for more than ten years.

“You turned up from Ireland in Brighton unannounced, pretending it was by chance.

“You targeted Ms Bolland simply because she a colleague at work of Mr Rice’s. You used spiteful and abusive words towards her, and contacted an ex partner of hers causing further difficulties to her and her relationship with that man’s children.

“You are a vicious, manipulative and devious woman. You have engaged in conduct which has caused huge and understandable distress. You should be thoroughly ashamed about what you have done.”

A restraining order forbidding her to contact or attempt to contact either Mr Rice or Ms Bolland directly or indirectly, to come within 200m of them or the DV8 offices or to contact the college’s staff.

As he rose, she said: “Your honour, please, for my parents’ sake!” and her tearful mother pleaded “have mercy on us in this peaceful time, please have mercy on us.”

Before a previous hearing at Brighton Magistrates Court, Tantash had angrily confronted a member of court staff, accusing them of colluding with the press, having mistaken the usher for a member of the press who had been standing outside the court.

At the hearing itself, she demanded that the district judge expel the press from the courtroom because she had lost her job.

Today, the court was told that she had been offered the chance to resign by her Croydon employers, but when she refused she had been sacked because the company needed to “protect its brand”.