The Brighton i360 has been given a one-year financial breathing space as a new boss takes over at the seafront attraction.

But financial specialists brought in to find a way forward have forecast a growing deficit on repayments of a £36.2 million loan brokered by Brighton and Hove City Council.

The deficit racked up by the observation tower’s owners on the Public Works Loan Board debt is expected to reach £3 million within a few years.

In the meantime, interim boss David Sharpe, 60, has joined the i360 board. He will remain in charge of the business day-to-day until a new general manager is recruited to take over from the outgoing Steve Bax, 47.

Mr Sharpe joined the London Eye at a similar stage and when it faced similar problems.

He is credited with helping to turn round its fortunes before Merlin, owner of the Sea-Life Centre, bought the London attraction from architects Marks Barfield who also created the i360.

Mr Sharpe remained with Merlin after the deal – with Madame Tussauds and the London Dungeon added to his portfolio – and is highly regarded in the leisure sector.

At a meeting in June councillors agreed to defer a loan payment until December subject to the appointment of financial restructuring specialists and specialist marketing consultants.

But the restructuring specialist GVA wants more time to work out a proper recovery plan.

And council chiefs believe that it will also take time to see the fruits of the advice from marketing consultant LDP (Leisure Development Partners).

Although profits are forecast to fall from £1.8 million in the first year to just under £825,000 this year, the advisers propose spending more on marketing to attract more visitors.

Even this summer, attendances were below forecasts despite good weather with plenty of clear days. 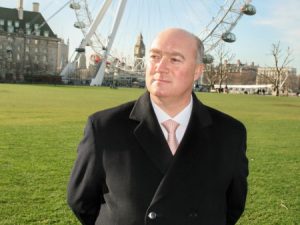 It is understood that the i360 board and management have been building on existing partnerships with other Brighton tourism businesses.

One element of this work is strengthening the existing “Combi Saver” joint ticketing offer with Sea-Life Brighton and the Royal Pavilion and starting a new partnership with the Harbour Hotel.

They are also continuing to work closely with Visit Brighton and Tourism South East to promote Brighton to national and international visitors.

Internally, they are understood to be re-examining every area of the business.

They are expected to tell councillors that they will increase their investment in sales and marketing for 2019.

There had been speculation that the Palace Pier owner Luke Johnson might be interested in taking on the attraction.

Despite his current difficulties at Patisserie Valerie, the café chain, where a £40 million black hole was found in the accounts, Mr Johnson is expected to be keeping a watching brief. 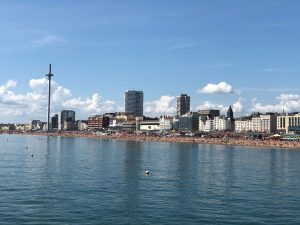 There have also been questions about whether Sea-Life owner Merlin Entertainments would be interested in buying the i360.

The issue of the attraction’s debts and loan obligations are thought to be a deterrent although some observers have suggested that a management contract could be considered.

For now though, the current owners are keen to prove that they can make the i360 pay its way – even if that takes longer than expected.

And council chiefs seem willing to give them more time despite some reservations.

A crucial test will come on Thursday 6 December when councillors decide whether to back their officials and the team behind the i360.

The council’s Policy, Resources and Growth Committee is due to discuss the situation in a meeting starting at 4pm at Hove Town Hall.

The meeting is open to the public although some of it may be held in closed session.