Planning row rumbles on over height of Hove block of flats

Plans to add an extra floor to a block of flats are to go before councillors for a second time. 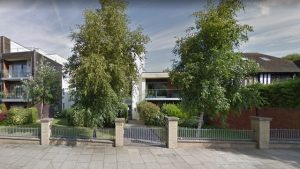 An application to build on top of 9 The Upper Drive was refused by Brighton and Hove City Council Planning Committee in May last year for being “against the spirit of the original scheme”.

The developer, Copsemill Properties, submitted an appeal against the previous application’s refusal. A decision from the Planning Inspectorate is awaited.

The new application is for extensions to the first and second floor, as well as for a third floor on top of the current building to create two new flats.

To address previous concerns, the new application reduces the size of the third floor so that it spans only half the block.

The ten-year-old block is lower than its neighbours, making it the same height as the family home next door.

Copsemill described its revised plans as maintaining the “overall character of the development” without disrupting the pattern of the existing development.

Neighbours have sent five letters of objection to the new scheme, raising concerns about the height, overlooking and loss of privacy.

One letter of objection on the council’s website described the extension as unneighbourly and out of keeping with the area.

It said: “The proposal is completely out of keeping with the character of the area and will have a detrimental impact on the street scene.

“The originally consented scheme was sympathetic to the fall in levels dropping from the Old Shoreham Road down the Upper Drive and this was reflected in the height of the buildings.

“The applicant is now seeking to increase the height with an unsightly block which would disrupt the pattern and form of development and the prevailing character of the street scene.”

Another neighbour is quoted on the council’s website as saying: “I don’t understand why this plan has been resubmitted as it was rejected.

“The effect of building work noise and pollution on such a restricted site will be detrimental to the health and wellbeing of the residents.”

The plans are due to go before the Planning Committee at Hove Town Hall next Wednesday (9 January). The meeting, which starts at 2pm, is open to the public.

Two treated in hospital after stabbing by burglar at Hove house