Awesome news for GIRLI fans as the extremely talented young lady has announced her return to Brighton on Saturday 13th April, when she will be appearing at The Haunt. The Brighton & Hove News music team have seen GIRLI live in concert several times and she has never failed to deliver on any of the occasions.

Plus today sees London’s very own brazen popstar GIRLI announce her debut album ‘Odd One Out’, due on 5th April via PMR/Virgin EMI. In conjunction with her album announcement, GIRLI shares her latest single ‘Deal With It’ –

GIRLI’s headline tour will coincide with her album release and she will take to the road from 5th April performing across the UK (tickets on sale February 1st). 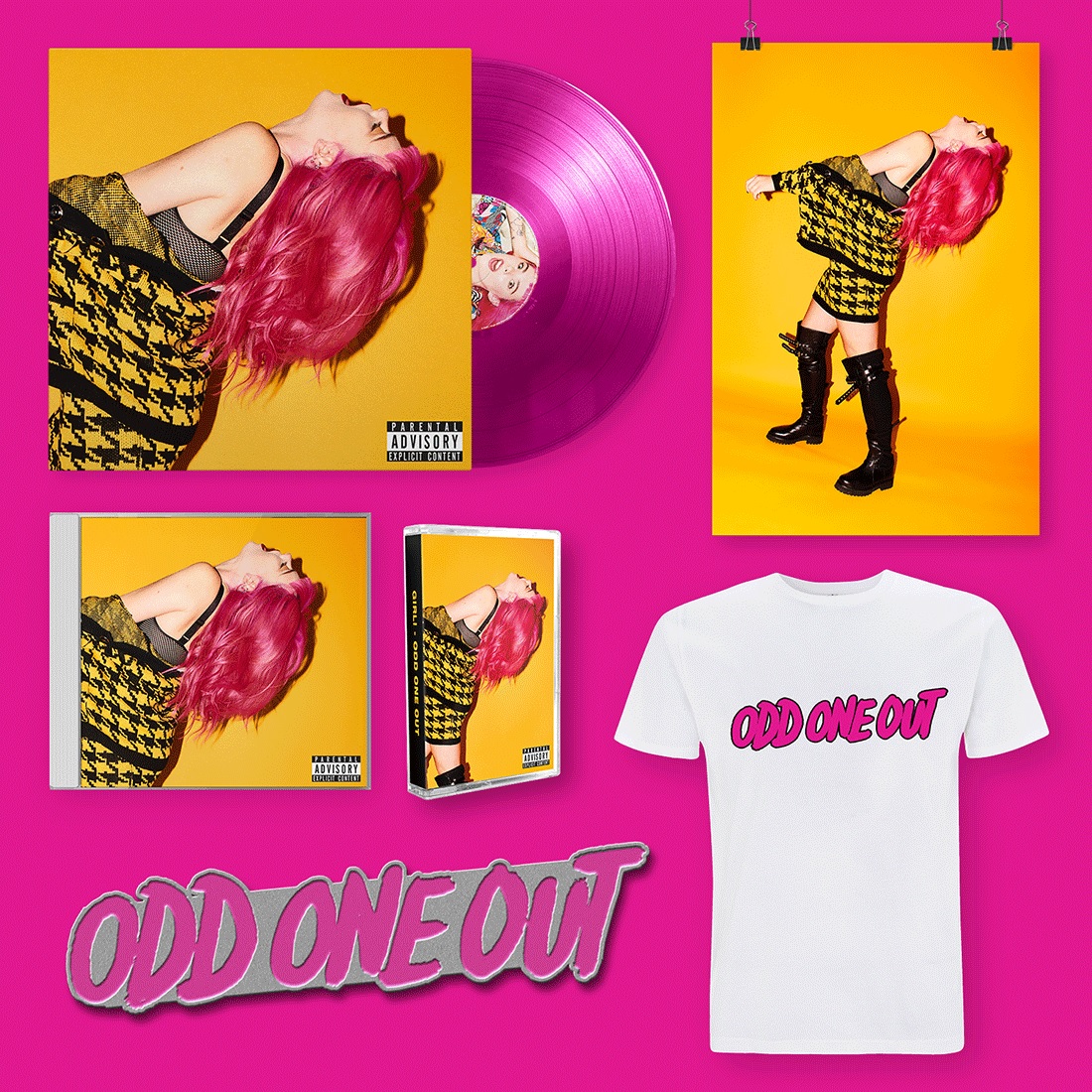 ‘Odd One Out’ album options

The highly anticipated debut album ‘Odd One Out’ was co-written by GIRLI with various collaborators such as Fast Friends and MNDR / Peter Wade (Charli XCX, Brooke Candy) written and recorded in Los Angeles. ‘Odd One Out’ follows from GIRLI’s ‘Hot Mess’ EP and features fan favourites ‘Day Month Second’, ‘Hot Mess’ and ‘Young’. The 9-track album marks the new mature alt-pop sound from GIRLI. Drawing inspiration from real life experiences ‘Odd One Out’ explores identity and the difficulties of adolescence.

Speaking on the record GIRLI says “‘Odd One Out’: something or someone in a group that is different or exceptional, that does not fit. All the songs on this album are about feeling different from others. There’s a song about being rejected in love, and how it made me feel like I wasn’t good enough to be loved like everyone else is. There’s a song about being talked down to because of my gender, one about being judged by others because of the way I dress or the way I dance or because of what colour I choose to have my hair. there’s one about how I used to live life vicariously through movies while I waited for life to happen to me. There’s a song about my struggles with mental health, about feeling overwhelmed by social media and how it makes you want to live up to other people’s expectations, about faking it to people because it’s easier than telling them the truth. there’s a song about how life isn’t what I expected it to be and how everyone else seems to be doing fine while I’m confused and freaking out.”

She continues “But this isn’t a sad album. These are happy songs because they’re part of me learning to love who I am. I’ve always felt like the odd one out, and chances are because you’re reading this, you have too. I hope when you listen to these songs, you hear things you relate to, and that they make you feel like you’re not alone.”

Alongside the new album, GIRLI has also released lead single ‘Deal With It’, set to be one of GIRLI’s biggest to date, the electro-pop bop which embodies self-expression and youth. On the new single GIRLI explains “‘Deal With It’ is about embracing your weirdness and telling anyone who judges or questions your individuality to get over it. It’s about refusing to change who you are for other people and instead of saying that it’s their problem if they’re offended by who you are, not yours.”

After cancelling her 2018 tour due to illness, GIRLI has rescheduled the dates and will be taking her high octane live show on the road this April seeing her perform around the UK including a London show at Islington Academy – full tour dates below with tickets going on sale February 1st. Secure your Brighton Girli concert tickets HERE from Friday 1st February at 9am. 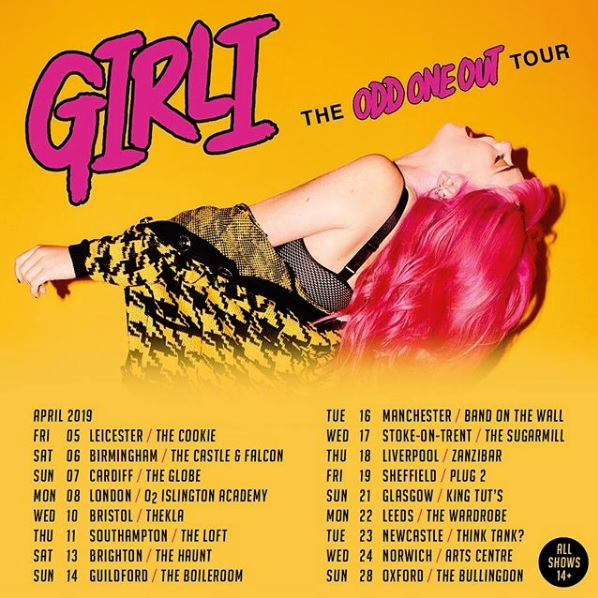 ‘Odd One Out’ tour flyer

Further GIRLI reading…………….
North London upstart GIRLI (born Milly Toomey) concocted a chaotic mix of pop, electronic, and punk spirit when she began her solo career in 2014. The rebellious singer/rapper/producer was part of indie rock band Ask Martin while in high school, but when her bandmates went on to college, she decided she didn’t want to go down a traditional path. She chose a stage name inspired by Blondie, with an attention-catching aesthetic that was part cyberpunk and part J-Pop. She struck out on her own, performing at all the local open mike nights that she could find, which eventually caught the attention of BBC Radio 1. Her inventive sound combined the futuristic pop of Charli XCX, the cheek of Lily Allen, the attitude of M.I.A., and the genre-blurring tendencies of Grimes.