Stanmer House up for let again 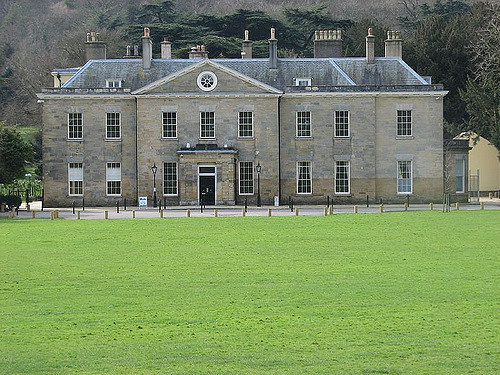 The lease of Stanmer House is being put up for sale for the third time in eight years after its current management said it had struggled to make it work as a “muddy dog venue”.

Alex Proud, whose Proud Group runs art galleries, restaurants and nightclubs including Proud Caberet in Kemp Town, said there was too much conflict between customers wanting different things from the country house.

He said he had come to the conclusion that to flourish it needs to become a fully fledged hotel and upmarket restaurant – but that he had decided to “bow out gracefully” and let someone else make the necessary transformations.

He said: “We got the planning for a hotel and we were quite keen to do it but essentially I have a certain amount of funds to invest in my group and I want to invest in the core part of our business, not a new hotel.

“At the moment it doesn’t stand as a venue particularly well without the hotel. It’s too many things to too many people. We have some people who regard it as a community asset, and want to spend £1 on a cup of tea and then nurse it in front of the fire for three hours.

“We had one group come in with 16 dogs and when we turned them away they threatened to go online and complain about us. And then someone else complained to us because there were too many barking dogs and how dare we allow them in such a nice house?

“It needs to be a five star hotel and people realise that if you go there, like they go to the Ginger Pig, it’s going to be a certain way.

“However much everyone loves the idea of it, the reality is that the two previous operators lost money trying to run it as a muddy dog venue.

“The cafe up the road can serve 100 people in one room with just a couple of staff members. We would need six rooms and a whole team of people to do the same so we can’t do it for the same price.

“We have been breaking even, the problem is I invested £750,000 doing it up. It’s a place I’m passionate enough about, it’s an institution that needs someone who can take it one step further.

“So I’m bowing out gracefully. I’m talking to about 20 interested people. I think it will go to an individual like me who owns a few venues but wants to invest in hotels.”

The leasehold to Stanmer House was put on the market in late summer 2016 by property developer Mike Holland, who was jailed for nine months the following year for manslaughter over the death of a carpenter working on the stables behind the main house.

He had bought the 125-year leasehold from Brighton and Hove City Council in 2009 and spent £5million restoring the country house.

In 2011, he sublet it to pub company Whiting and Hammond and in June 2016 Proud took over and rebranded it the Proud Country House at Stanmer Park.

The lease now being sold by Proud runs for 19 years with the right to renew.