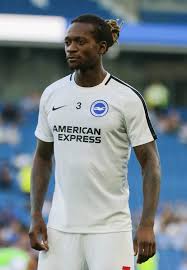 A student from Burnley has been charged with threatening behaviour after racist abuse was allegedly thrown at Albion player Gaeten Bong at the Amex on Saturday.

Police said today that two individuals were thrown out of the stadium by club stewards following reports of racist abuse by away supporters in the away end during the game, and arrested by police officers.

Nathan Higgins, 18, and engineer Stewart Higgins, 53, both of Talbot Drive, Burnley, have been charged with using threatening or abusive words of behaviour likely to cause harassment, alarm or distress.

The teenager has also been charged with using racially aggravated threatening or abusive words or behaviour likely to cause harassment, alarm or distress.

Both defendants were released on unconditional bail and are due to appear before Brighton Magistrates’ Court on 14 March.

A spokesperson for Brighton and Hove Albion said: “Once again this underlines both our commitment to a zero tolerance policy on any form of abuse from those attending matches at the Amex.

“We would remind all fans that we will not tolerate any form of abusive behaviour at the stadium and going forward we will always take the strongest possible action.”

Gaeten Bong has become a target of Burnley fans after he accused Jay Rodriguez, who originally played for the Lancashire club before moving to West Bromwich Albion, of racially abusing him last year.

No action was taken by the Football Association after it deemed the accusation was “not proven”.