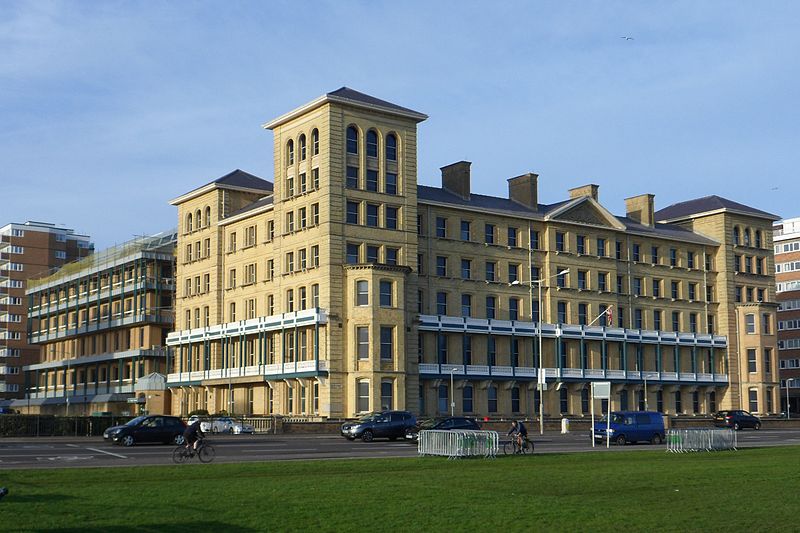 Brighton and Hove City Council has used more than £2million from the sale of part of its property portfolio to fund hundreds of redundancies in the face of government cuts.

As well as its town halls, libraries and museums, the council owns hundreds of commercial properties, from seafront arch shops to park cafes and swathes of downland.

New figures obtained by the Bureau of Local Journalism published today show that in Brighton and Hove, the council made £31.8million from selling off property from April 2014 to September last year.

Most was from the 2017 sale of the Grade II listed Kings House for more than £26million to luxury property developers after the council moved its dwindling staff from Kings House to a modernised Hove Town Hall. It had first been put on the market in 2014 for £10million.

Of the proceeds from all property sales, £17.38million was allocated for service reforms, including £2.68million spent on or earmarked for restructure and redundancies. The rest was spent on improving the council’s digital systems and website, and other service modernisations.

During this time, 221 people have been made redundant, most in 2016/17 when 156 people lost their jobs. All but one of these were voluntary redundancies.

Brighton Kemptown MP Lloyd Russell-Moyle said: “Any money made from the sale of council properties should be reinvested in more properties or other capital projects.

“Councils have historically relied on properties being donated to them and if we are seen to be just selling them off I think it would be a breach of trust.

“This type of arrangement with capital funds being used in an operational way, although might be technically legal I certainly don’t think follows the spirit of the law.

“This is not just a Brighton and Hove problem, councils across the country are suffering after nine long years of austerity and it seems they’re now resorting to selling the family silver to make ends meet.”

Mark Turner, branch secretary of GMB Sussex, said that the council’s homecare service, nurseries and parks were some of the areas worst hit by redundancies in this period.

“These are Tory central government cuts. In the case of Brighton and Hove, it doesn’t matter which particular group is in power, they would have been left with cuts.

“It’s a poisoned chalice and we are still facing that today.

“You can only sell the family silver once, and once you’ve spent it, it’s gone. The government has forced local councils to do that under austerity. But Brighton hasn’t had to sell off as much as some authorities.

“What’s also happening now is there are services feeling the strain and are having a direct effect on the public, like CityClean. Adult social care and children’s services are coming to a pinch point.”

In 2014, a new strategy was drawn up to manage its property and land, more than 630 commercial properties which currently bring in an annual income of more than £10million.

By then, austerity was in full swing and as well as investing in digital transformation and other modernisation, the council said it would also be using money from property sales to “manage staffing changes” – i.e. redundancies.

Previously, all money from sales of property had to be used for capital spending – but new rules brought in from March 2016 allowed councils to spend some on reforming services, including workforce restructuring.

As well as selling off underperforming properties, the council is also creating a fund to buy new commercial properties which will give it a higher rate of return.

In a June 2016 report, officers said: “Owing to current market conditions, the council is in the process of accumulating a fund for re-investment to enable the council to act in time with the market when investment opportunities present themselves.

“The council is working to identify further assets that are underperforming to contribute towards this fund and working on an investment strategy for the identification and reinvestment of funds.”

Earlier this year, the council bought Phoenix House in West Street for £6.8million, saying it expected the income to be more than that received from the commercial properties it had already sold off.

Land at rear Grange Meadows off Ovingdean Road – sold 23 January 2015 for £12,500 to Richard and Elizabeth Carpenter

Part of Devils Dyke Farm – six acres including a reservoir sold on 3 Feburary 2015 for £25,000 to Christopher Donald Williams, who was already farming there as a tenant. Money ringfenced for use in the Stanmer Park project.

2 Boundary Road, empty shop with a flat above – sold on 30 April 2015 for £180,000 to Brighton & Hove Properties Ltd. Hardwick Hartley successfully applied for permission to convert it into two flats.

Land at Eastbrook Farm Allotments, 3.7acres of land, mostly disused but home to The Wood Store, outside city boundary in Southwick- sold on 1 October 2015 to £3.7million to Tate Brothers Limited, owners of Newhaven’s Paradise Park

28 York Place, compulsorily purchased in 1983 from Trinity College, Cambridge for £83,000 as part of a road scheme which was never implemented. Previously leased to Corridor Gallery on a peppercorn rent and before that, squatters – sold on 24 February 2017 for £476,500 to Mr Kaie Li and Mrs Quin Lu.

Park Wall Farm – the farm was let to a tenant farmer and split into three different sites following the farmer’s death. One part was let to the farmer’s son and daughter and one part was sold for use as a farm on 15 September 2016 for £303,100 to Stephen and Rosaline Toomey.
The third part, 41 and 42 Park Wall Cottages, has been sold subject to planning permission, with approval for their demolition and the construction of student housing given last month. The sale will complete once the section 106 agreement has been finalised. The proceeds of both sales will be used for the restoration of Stanmer Park.

The council has also agreed to sell run-down offices in Belmont Street used by artists, including Same Sky, the creative force behind Burning the Clocks and the Children’s Parade. Tenants have been offered relocation to New England House. The council said it had to either sell the offices or hike the rents considerably to cover essential repairs. They are now being sold to a developer who wants to build houses there.

What hasn’t been sold?

Labour – and council officers – argued that the cost of running the library was too high and said if it wasn’t sold, seven branch libraries in the city’s suburbs would have to close.

However, the plans were met with an outcry, and the Greens and Tories joined forces to thwart the sale. In 2016, a compromise was reached whereby part of the library would be leased to a nursery, to the British and Irish Modern Music Institute, and a cafe. The seven branch libraries are still running.

The Greens and Tories teamed up once more the following year to halt the sale of two pieces of downland at Poynings and Plumpton Hill.

Labour warned that scrapping the sale could put a £3.8 million Heritage Lottery Fund grant towards the £5.83 million Stanmer Park project at risk, as the council was counting on the proceeds to help fund its expected contribution of £1.42 million.