Family tells of heartbreak after death of Brighton student

Family members have spoken of their heartbreak after a Brighton student died.

Bethany Terry, known as B or Bea, was found dead in her bedsit flat in Windsor Court, in Windsor Street, Brighton.

The promising Brighton University student had slipped into drug-taking after initially trying to self-medicate to cope with her mental health problems.

One night last October, as she was preparing for her grandmother’s funeral, she took heroin and inhaled butane lighter gas.

The next day she was found slumped by her bed after a concerned neighbour spotted her light on and was unable to get a reply from her.

At an inquest at Brighton and Hove Coroner’s Court, in Woodvale, Brighton, a verdict of misadventure was recorded.

The coroner Veronica Hamilton-Deeley said that the cause of death was fatal toxicity of heroin, adding: “I don’t think that she intended to kill herself at all.”

It was unclear whether Miss Terry had tried butane before but it was a possible contributory factor, the coroner said, along with “poly-substance misuse” and her mental health. She suffered from emotionally unstable personality disorder.

Other contributory factors were Miss Terry’s recent bereavement – she had also lost a much-loved aunt shortly before her grandmother’s death. The coroner said: “Bereavement can knock you sideways.”

Detective Sergeant Mark Pinder, from Sussex Police, told the inquest that he had investigated Miss Terry’s last-known movements to be sure that there were no suspicious circumstances.

There were concerns about an abusive former partner who dealt drugs and had latched on to her, even after being served with a restraining order.

Those trying to help Miss Terry suspected that she might be the victim of “cuckooing”, a term used to describe how drug dealers take over the home of a vulnerable person.

Detective Sergeant Pinder said: “I’ve been to Windsor Court on many occasions, sadly often to do with negative incidents.”

Miss Terry was known to the police as a vulnerable adult, he said, but there was no suggestion that she had previously used butane lighter fuel.

“It’s the heroin that does it,” he said. “It really is addictive. It doesn’t matter how good your tolerance is.” 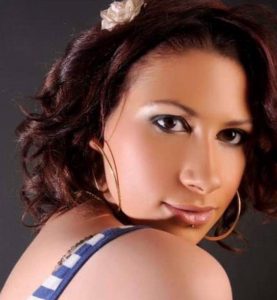 Bethany Terry – known as B or Bea

He said that while the two substances worked in different ways, both were capable of causing sudden death.

Mrs Hamilton-Deeley said: “There are some questions that we just can’t answer.

“When someone is addicted they move away from being the person you know.

“I’ve been saying this for 40 years but when you use heroin, you’re playing Russian roulette.

“So many people were trying to help Bea – family, professionals … I’m so sorry. Perhaps she was made more vulnerable because she was somebody who wanted to help others.”

The inquest heard that everybody who knew her loved her but, in Windsor Court, as the coroner said: “It would seem Bea was trapped. She might want to live a more normal life but her chances of getting out of this vicious circle were not good.”

Her family had been trying to persuade Miss Terry to return to the family home in Oxford but she was worried about going home, even for a few days, in case she was evicted from her flat. 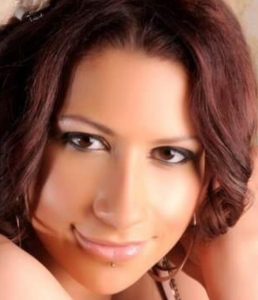 Bethany Terry – known as B or Bea

Miss Terry had been reassured by community psychiatric nurse Peter Bull, the lead practitioner in her care, but continued to express concern about the risk of losing her home.

She wanted to return to Brighton University, which had held open her place on a psychology and criminology course, and felt that she had to have a home in the town.

The bright but lonely student dropped out in her third and final year when she appeared to be on course for a first-class degree.

Just as the coroner, police and her lead practitioner, from Sussex Partnership mental health trust, had touched on the problems at Windsor Court, so did her family.

After the inquest Miss Terry’s older sister Kayleigh Loffhagen, a mental health professional, said: “There was a lot of exploitative behaviour by neighbours towards one another.

“Windsor Court houses individuals with a variety of vulnerabilities closely together without appropriate support and empowerment.

“It’s treated like a dustbin of humanity. People deserve better.”

She praised the NHS but said that it wasn’t perfect, not least when professionals failed to communicate appropriately with carers and family members. She said: “My sister fell through cracks in the system.” 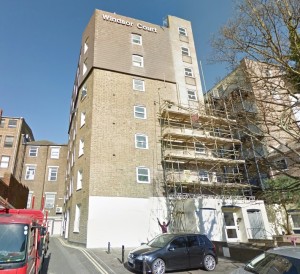 Miss Terry had, for example, been prescribed a drug that led to her gaining weight even though she had issues with her self-esteem.

Her mobility worsened and she used a walker. And once, in Mill View Hospital, in Hove, a fellow patient had left her traumatised by cutting her much-loved hair brutally short.

Referring to Windsor Court, Mrs Loffhagen said: “The place is just awful and no place for a vulnerable woman when there are drug addicts in the building.”

Her mother Ruthanne Terry said that a family member had been there to visit Miss Terry and came out traumatised.

Mrs Terry said that she could not understand why vulnerable people like her daughter were being housed with people who were dangerous and exploitative and preyed on the likes of her.

Moves were under way to help Miss Terry return to Oxford and – after the two bereavements – other family members, including Mrs Terry, had more time to care for her.

Mrs Terry said that people had taken advantage of her daughter, pressing her for sex.

She said: “One man cooked her a roast. Later he came to her room and … wanted sexual favours in return for what he had done.” 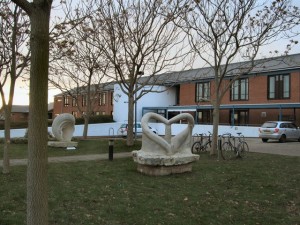 Mrs Loffhagen said that her sister “had one major ambition at the time of her death … to overcome her long battle with mental ill health and to return to Brighton University to complete her undergraduate degree”.

Mrs Loffhagen said: “Bea was capable and studious when in good health. She held down several jobs at the university including key-holding responsibilities for the campus shop and café, and as a student ambassador, helping with uni open days for new and prospective students.

“Bea had a passion for helping others and a talent for selecting gifts and writing notes that would uplift and inspire the recipient.

“Upon taking an extended break from her studies, Bea had struggled to obtain appropriate support in terms of housing, medication reviews, substance use and therapeutic intervention for personality disorder and other mental ill health.

“As a result, and in part due to the company she was then keeping, Bea self-medicated her mental health issues with first crack cocaine and then both heroin and crack.

“Bea suffered numerous physical ill-effects. She would experience breathing and heart-rate difficulties with her usage and lost the sensation in her right lower limb.

“Bea had spent time at home in Oxford over the summer in 2018, where she did not use any narcotics and had expressed desire for an extended inpatient stay to address her mental health challenges and drug use in tandem.

“Bea’s big fear was that she would lose her place on the housing register in Brighton, rendering her unable to secure a return to university.

“Her understanding was that she was not allowed to stay away from the inadequate lodgings in Brighton for more than a few days without losing her temporary home and her place in the queue.

“This led to her refusal of a variety of offers of help from her family that would have required her to spend time away from her flat. It was at her address in Brighton that she passed away.”

Miss Terry had been open and transparent with her mother about her drug use and Mrs Loffhagen said that she “had the expected levels of her usual medication in her system”. She was, though, anxious about her grandmother’s funeral.

Mrs Loffhagen added: “It would seem she had a bad reaction to her substance use on this occasion. It’s heartbreaking that this happened right as Bea had begun to express that her future lay away from Brighton for a time while she sought inpatient care to address her substance use and the underlying mental illness as part of a more integrated approach.”

She died on Friday 26 October – the day before her grandmother’s funeral.