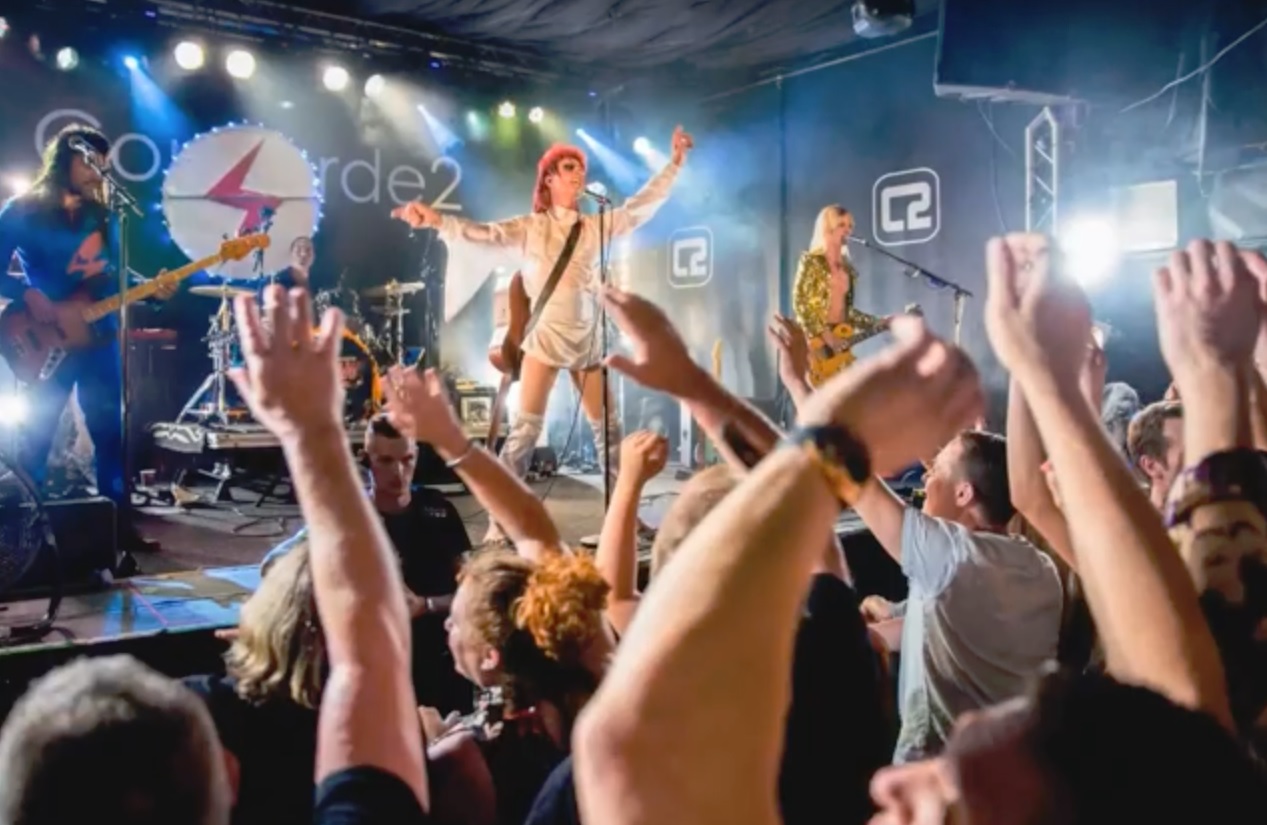 I consider myself very fortunate as I had the pleasure of an evening in the company of the one and only David Bowie. It was just myself and Bowie…..oh and errrr …15,684 other true fans all crammed inside NEC in Birmingham on 20th November 2003.

It was such a memorable concert that it will always live with me. The legend and his band performed no less than 28 tracks – 29 if you could ‘Happy Birthday’ which was sung to band member Gail Ann Dorsey who’s 41st birthday it was – on this ‘A Reality’ tour which included tracks spanning his whole career. These included ‘Ziggy Stardust’, ‘Rebel Rebel’, ‘Life On Mars’, ‘Five Years’, ‘Hang Onto Yourself’ from around the time of his Ziggy years and from his Thin White Duke era we had ‘Fame’, ‘Heroes’, ‘Fantastic Voyage’ and ‘Sister Midnight’. Then on 10th January 2016 he was gone! None of us will never be able to see him perform live again.

Bowie being the icon that he was (and still is) obviously has been paid homage by several other music artists and tribute acts. Usually I tend to stay clear of a vast majority of tribute acts, but some are just so good that they bring something to the party that certainly merits some serious closer inspection.

When you learn that the Winners of the ‘Best Bowie Tribute’ and ‘Best Tribute Band in the UK’ at the Agents Association of Great Britain Awards in July 2018 is coming to Brighton to perform a host of tracks from the aforementioned Ziggy Stardust and Thin White Duke eras as part of a national 13 date UK tour, then suddenly one feels the total urge to attend this forthcoming concert. 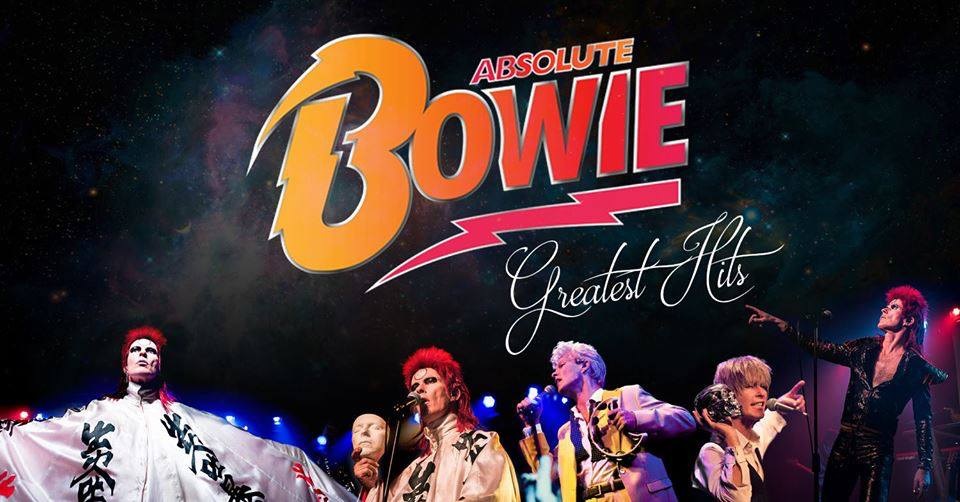 The act in question is Absolute Bowie which features the incredible vocals of John O’Neill as David Bowie, with Chris Buratti on guitar (as Mick Ronson), Fabio Cashio on bass (as Trevor Bolder), Alex Paollilo on keyboards (as Rick Wakeman), and Alex Face on drums (as Woody Woodmansey).

Over the past decade Absolute Bowie have toured the UK and Europe performing the hits of Bowie with their energetic and theatrical stage show and as a result of this they have amassed quite a following, which is why their previous concert in Brighton on 22nd December was a sell out.

This time around they are playing two sets of material at the ever-popular Concorde 2 on Saturday 20th July from 7pm to 10pm, and I’m reliably informed that this is a must see show for any Bowie fan. I suspect that on the week of the 50th anniversary of the moon landings, we can hopefully get to hear ‘Space Oddity’, ‘Starman’ and ‘Life On Mars?’ performed live with some gusto.

Purchase your tickets HERE and find out more about Absolute Bowie HERE.