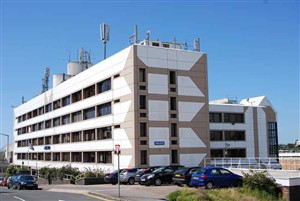 A serial hoaxer has admitted calling police posing as an Irish terrorist to tell them he had planted bombs all over Brighton.

Mark Wilkinson, 46, called police just after midnight on July 4 saying he was from the UDA, a Northern Irish paramilitary group,

But police quickly traced the call and discovered it was made using Wilkinson’s mobile, and went to arrest him at the hostel he was staying at.

Prosecuting, Martina Sherlock said: “The police received a phonecall from a person who said they were a member of the UDA and that various devices had been placed throughout Brighton and he was going to have some fun and said it was a coded message.

“Police traced the number that had been used to call from and found it was a number associated with Mark Wilkinson.

“At custody, he was interviewed and fully admitted the offence. He was drunk and didn’t know what he had done. He thought a friend had spiked his drink.

“He said he was sorry for his actions, he didn’t want to bomb Brighton or cause anyone any harm.”

She told the court he had ten previous convictions for 12 offences, including a communication network offence in 2011 and wasting police time in 2014.

Court records show that the 2014 offence related to a call in which he falsely claimed to have firearms on him.

The case was adjourned until 13 August for sentencing. Wilkinson was released on bail.